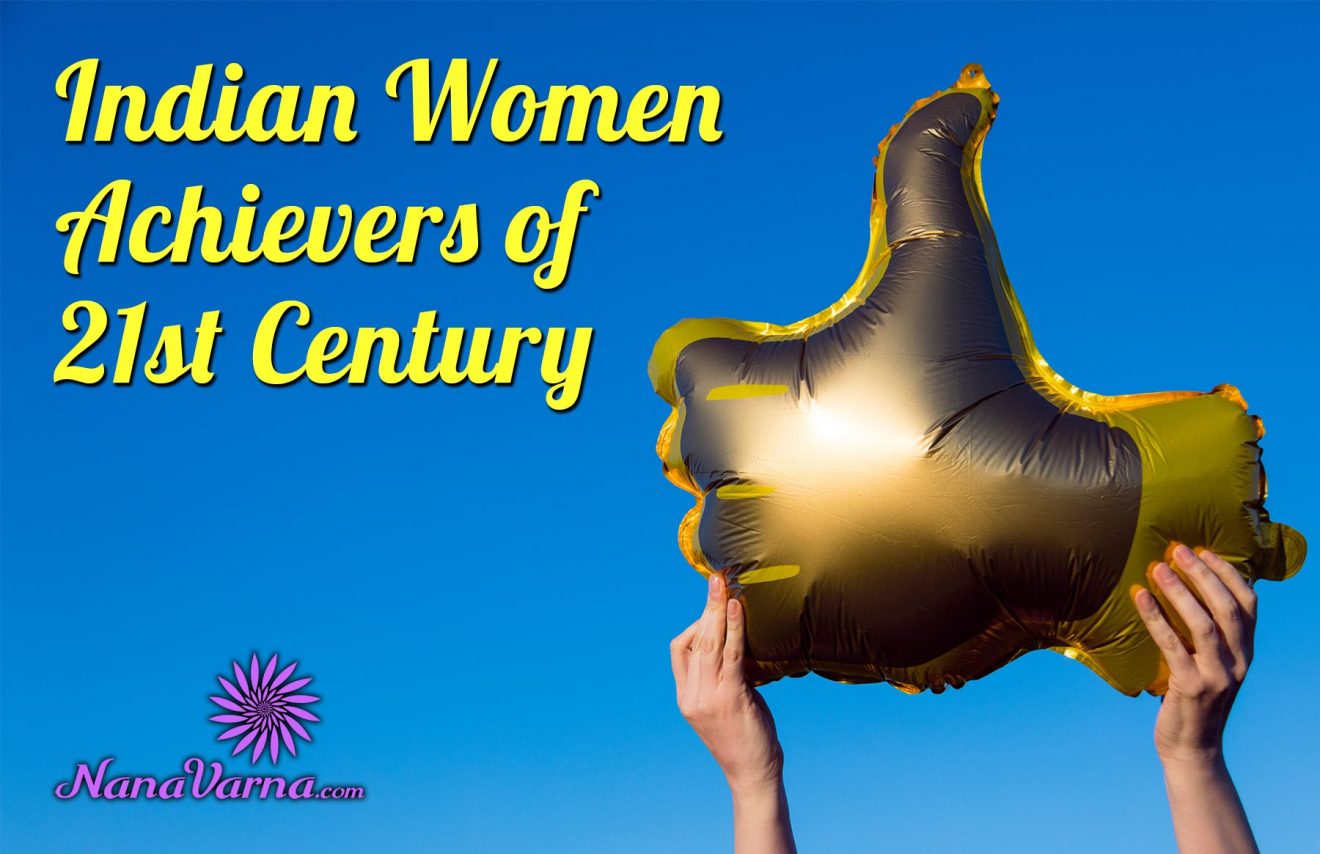 Ipshita Bose
“There is no limit to what we, as a woman can accomplish”- Michelle Obama

The Indian women achievers, known for their courage have set examples for generations to come by standing up for their rights overcoming restrictions and limitations.

Here are 15 Indian women achievers who have made India proud with their dedicated service to the country and mankind. A big round of applause to all these brave hearts! 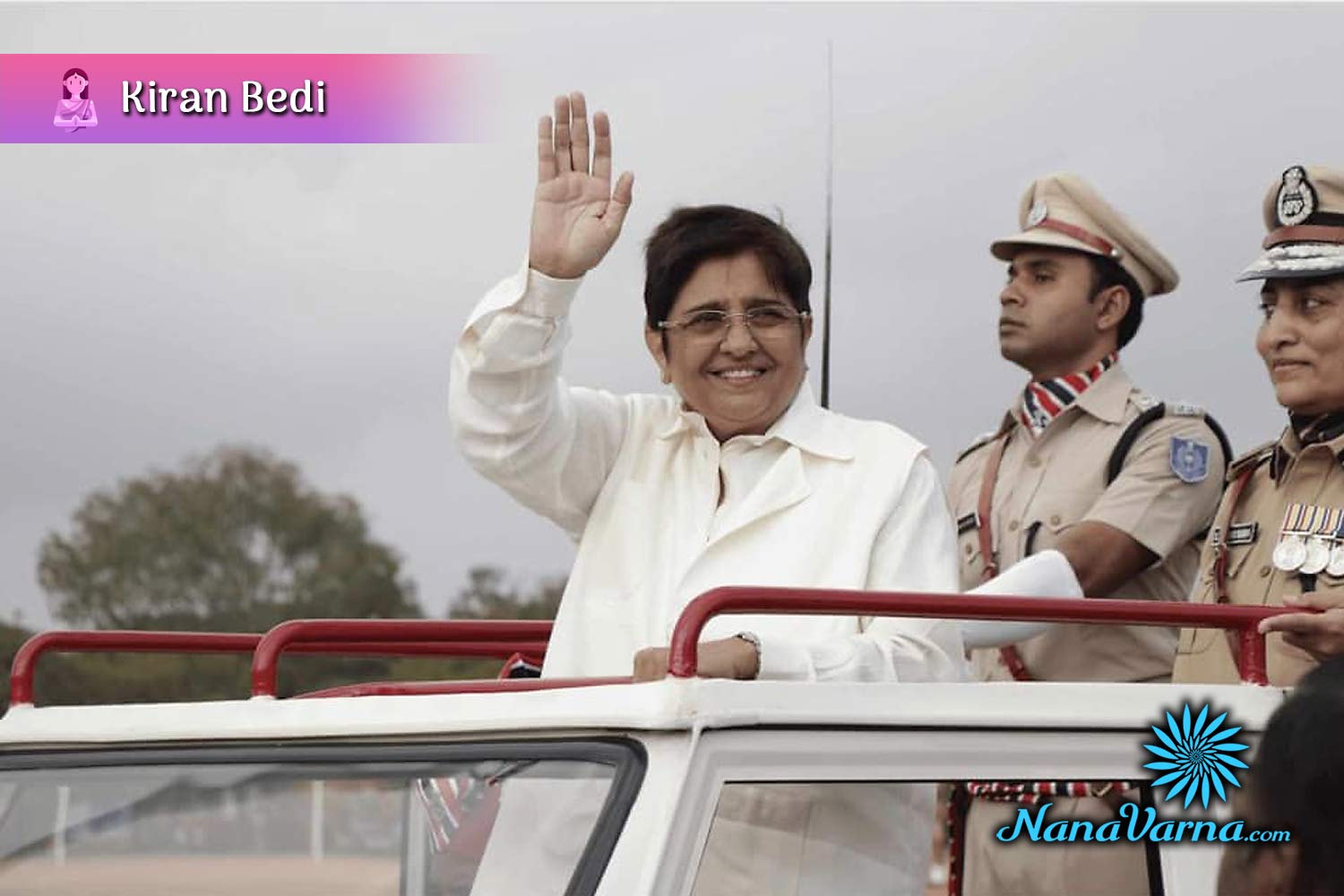 Kiran Bedi is the current Lieutenant Governor of Pondicherry who is a social activist and a retired IPS officer.

She is known to be the first female Indian IPS officer who began her career in 1972; won President’s Police Medal in 1979.

After serving in the police force for 35 long years, in the year 2007, she took voluntary retirement as DGP (Director General of Police Research and Development).

She is not just a living example for all those women who dream to have a career in the armed forces but is also famous for her foresight.

In 2003, she introduced several reforms in Tihar jail, after she was appointed as the first woman of the “head of United Nations Police and Policy Advisor” in the United Nations Department of Peace Operations, which made her renowned.

This retired Police Service Officer was a former tennis player and a politician.

To date, she continues to strive for improving the livelihood of people through her social work. 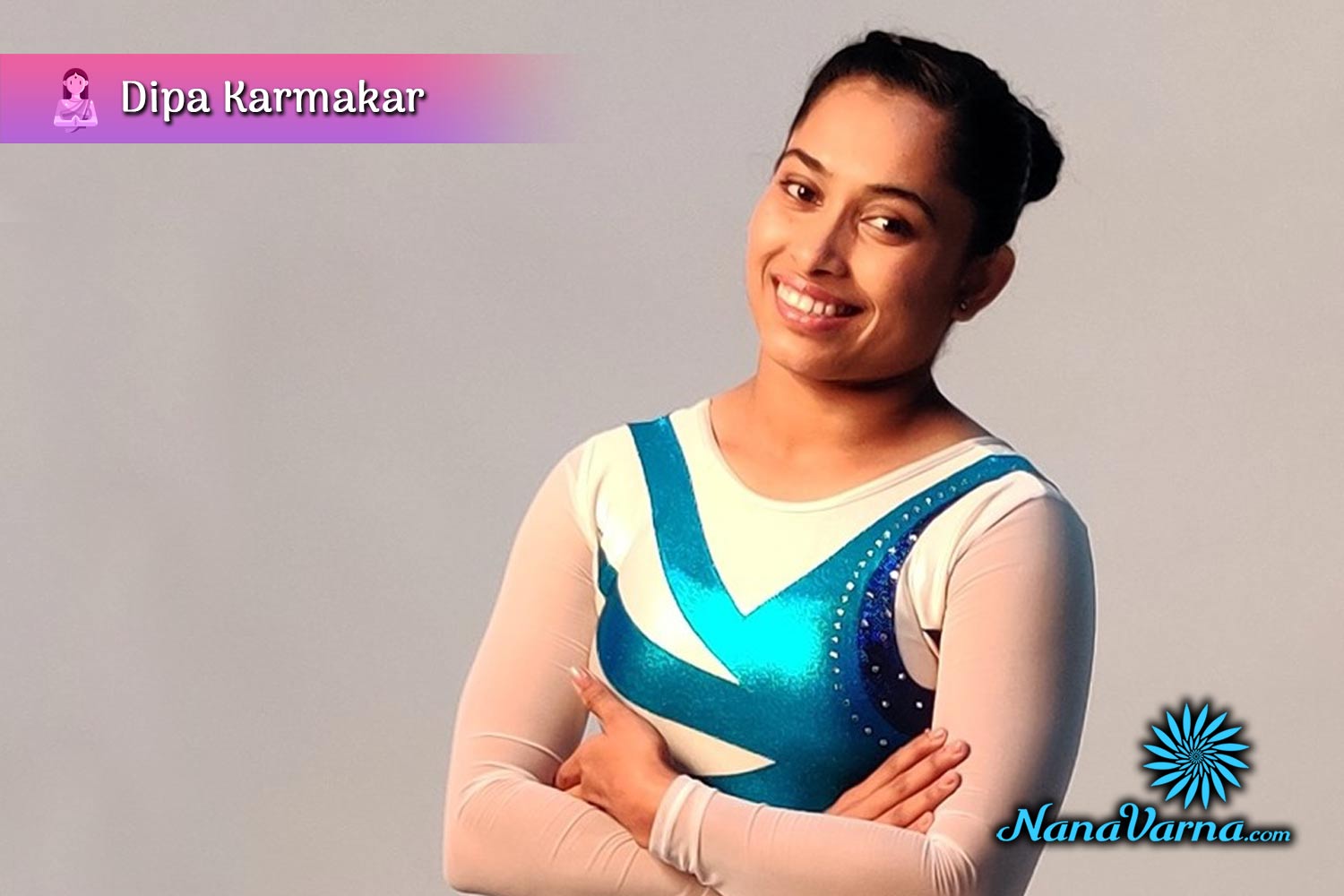 She is an artistic gymnast from Agartala, Tripura.

The 27-year old came to the limelight when she won bronze in the year 2014 in the commonwealth games in Glasgow.

Karmakar was the first Indian woman gymnast to compete in the Olympics in 2016 and bag the gold medal at a global event in July 2018.

She is the beneficiary of the Rajiv Gandhi Khel Ratna Award in August 2016 for excelling in the Rio Olympics 2016. 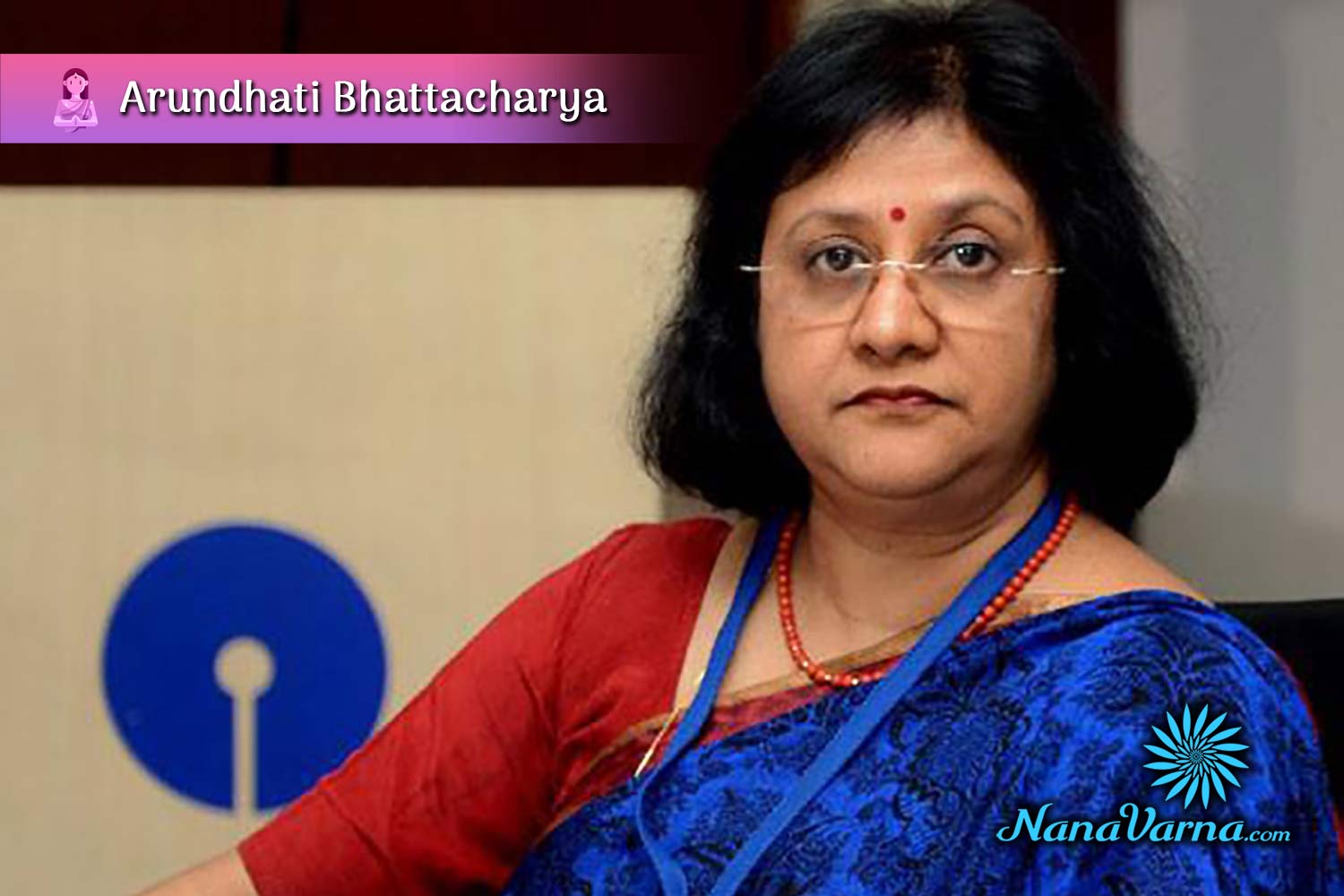 Arundhati Bhattacharya, born in a Bengali family in the city of Kolkata is a retired banker.

She is the former first woman chairperson of State Bank of India.

In 2018, Arundhati was congratulated as the Business Leader of the year at the Asian Awards.

The fantastic achiever has powered the banking industry without an MBA background! 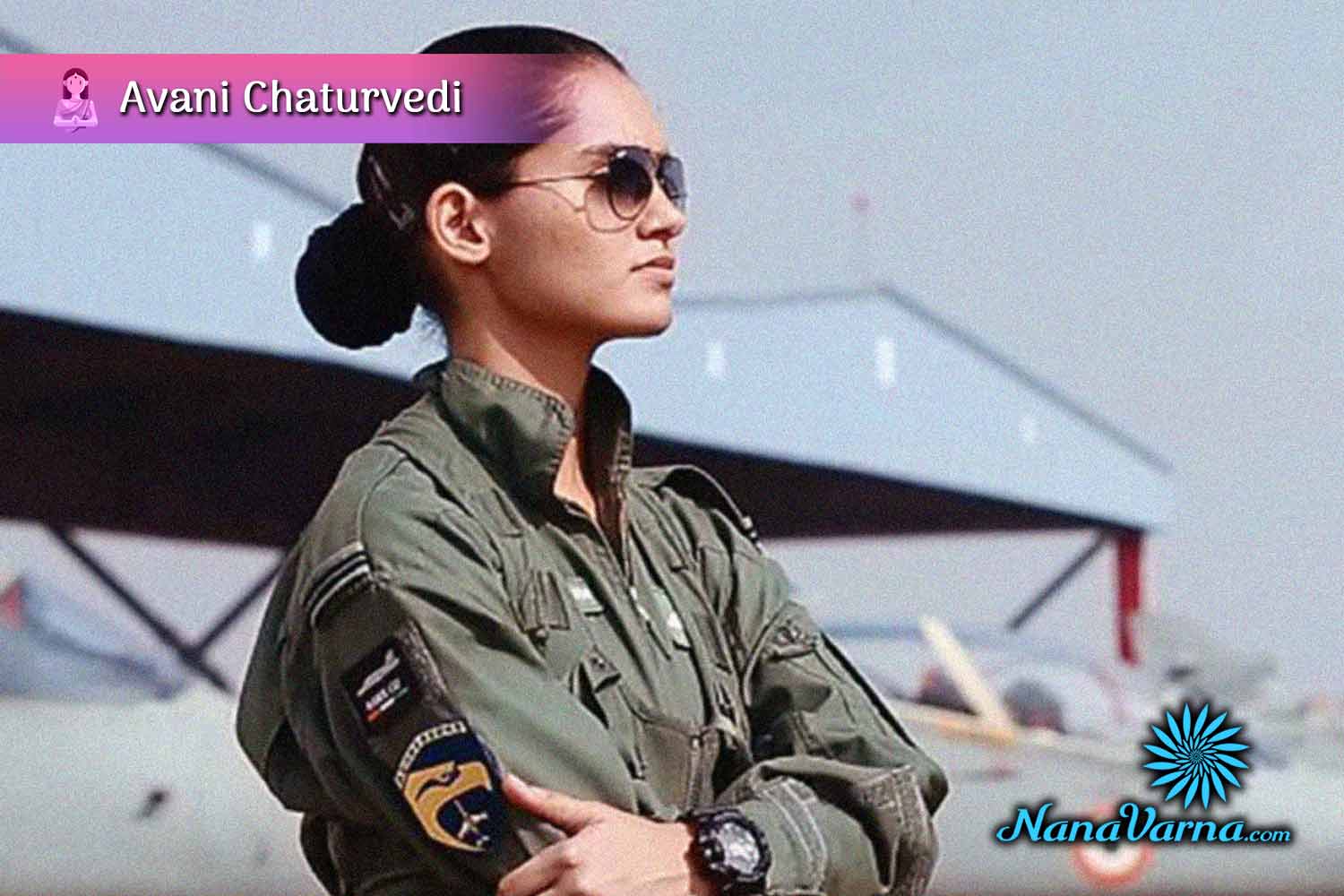 The 27-year-old belonging to Madhya Pradesh is a flight lieutenant who has set a benchmark in the field.

She was the first combat pilot to be inducted into the Indian Air Force Fighter squadron in June 2016.

The young, smart officer, proudly the first woman pilot is also interested in playing chess and table tennis and adores sketching and painting. 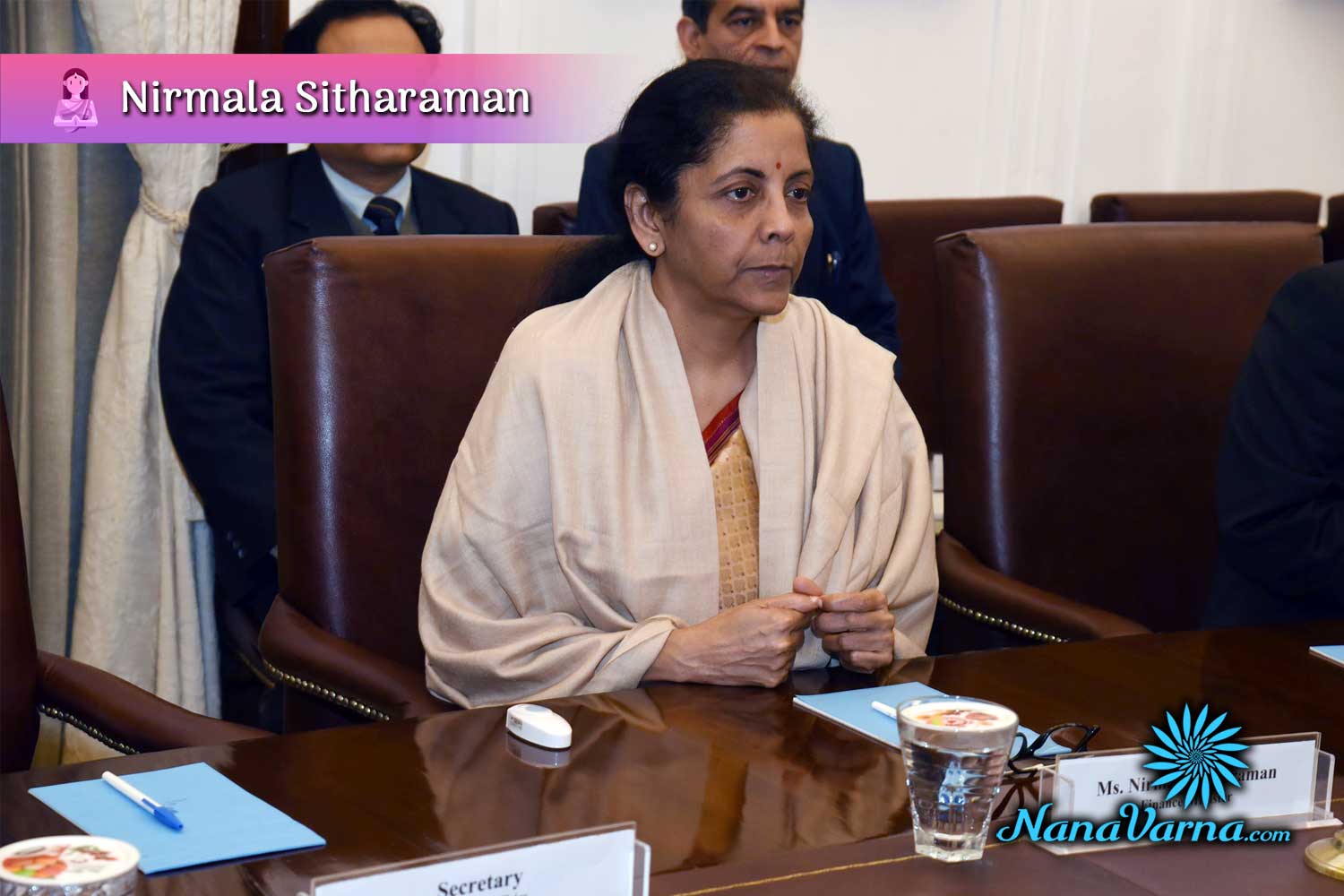 Nirmala, an Indian Economist, and Politician is currently the Union Minister of Finance and Corporate Affairs in India and a member of the Rajya Sabha, since 2014.

She was bestowed with the Distinguished Alumni Award in 2019 by the Jawaharlal Nehru University. She has been positioned as 34th among the 100 most powerful women in the world. 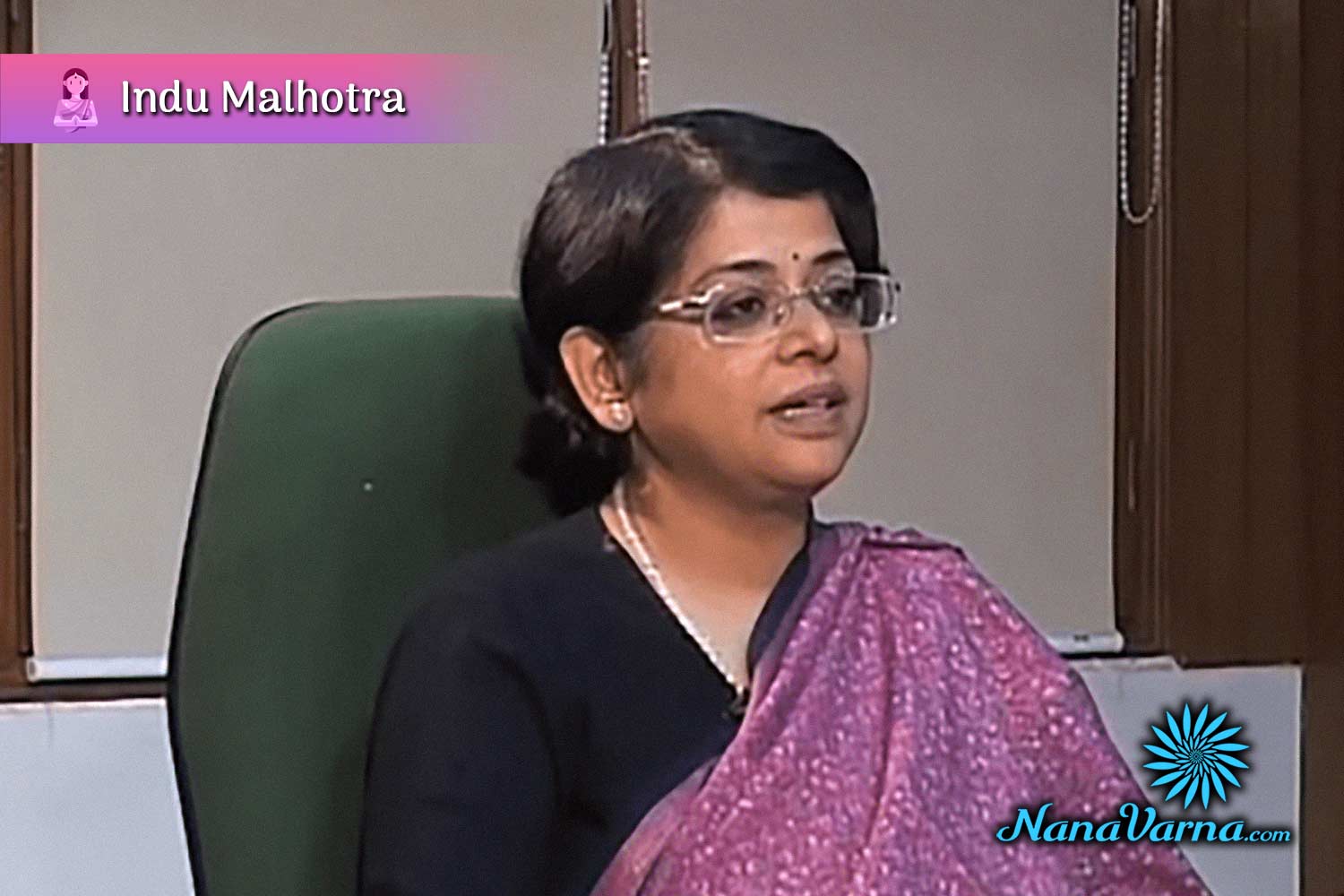 Born in the year 1956 in Bangalore, the youngest daughter of Om Prakash Malhotra is now a judge and former senior counsel in the Supreme Court Of India.

The Supreme Court nominated her as the second sitting woman Judge.

Malhotra took up her legal profession in 1983 and was enrolled in the Bar Council Of Delhi.

She was the first woman lawyer to be directly hoisted from the Bar.

In 1988, the bright and talented Indu was awarded the Mukesh Goswami Memorial Prize on National Law Day for acing the examination.

After her extraordinary performance, she was appointed as the standing counsel for Haryana in the Supreme Court from 1991 to 1996.

Indu is the author of the third edition of a commentary – The Law and Practice of Arbitration and Conciliation.

Apart from her exemplary show in the legal field, she is also involved in social and charitable work.

She is the trustee of a foundation called “Save Life Foundation” which was formed to prevent road accidents and formulate a system for providing immediate first-aid to the victims. 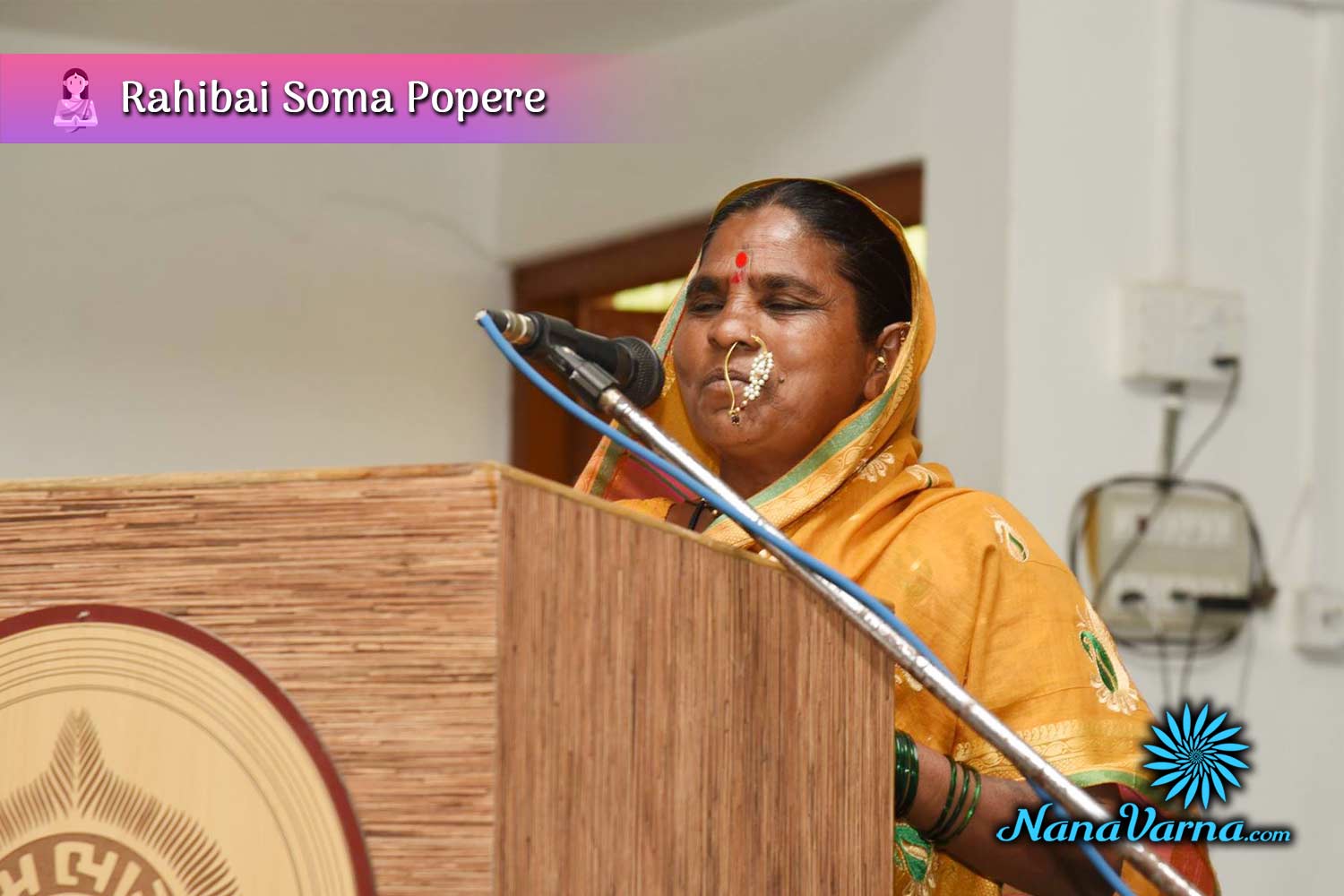 An Indian farmer and conservationist from the Kombhalne village in Maharashtra has spent her life on farms and has an exceptional understanding of the diversity in crops.

Her focus is on women-led agro-diversity.

She cultivates crops at a massive scale for self-help groups in other villages.

Rahibai was titled as ‘Seed Mother’ by Raghunath Mashelkar, the former Director-General of the Council Of Scientific and Industrial Research.

The generous woman, though an illiterate has formulated her own ways to harvest water on farms, converting wasteland into a productive space.

She coaches farmers and students on seeds selection, soil fertility, and managing pests. 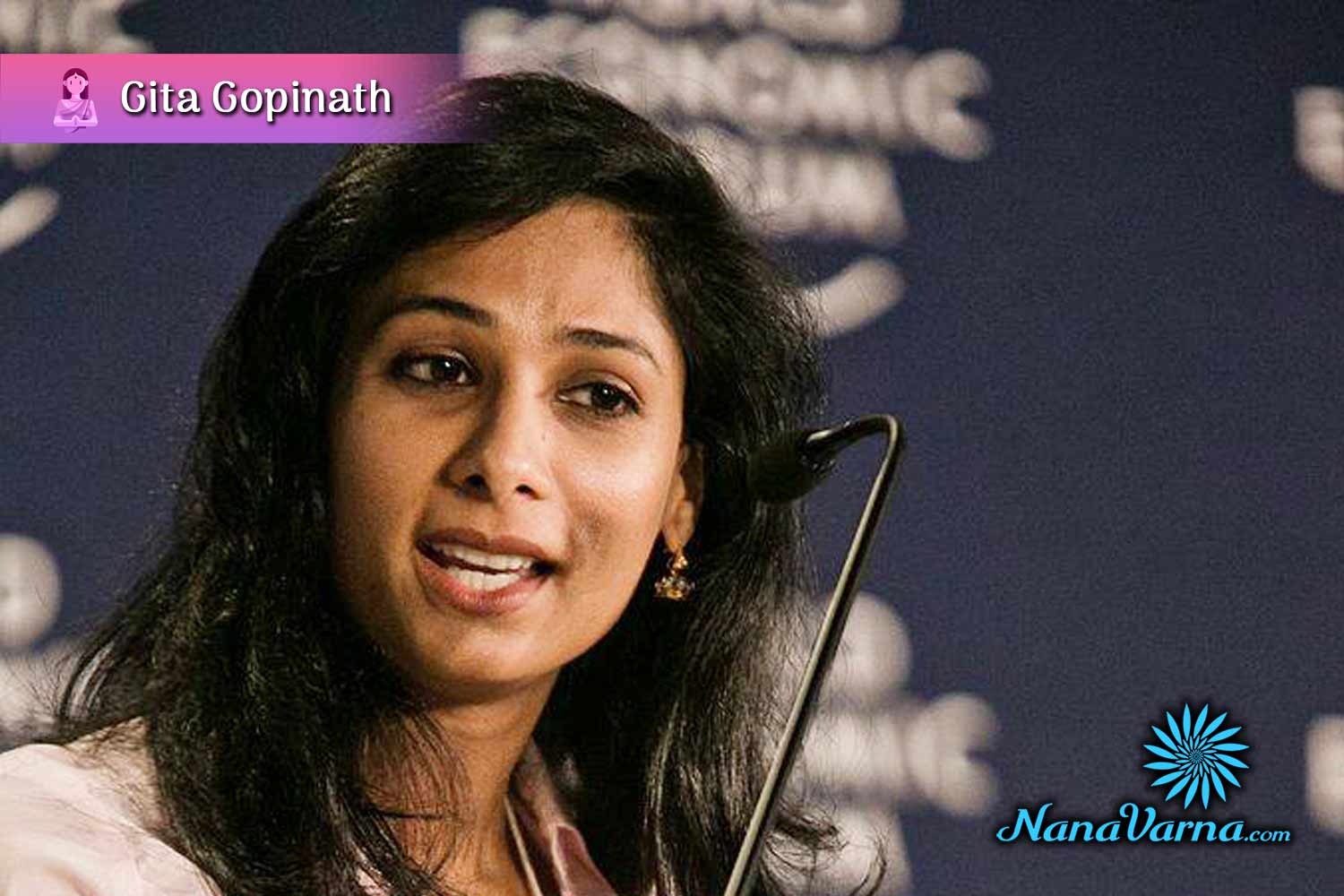 An Indian American economist, born in 1971 in the city of Kolkata has been the Chief Economist of the International Monetary Fund since 2019.

She earned a Ph.D. in Economics from Princeton University.

Gita Gopinath was appointed as the Chief Economist of the International Monetary Fund in the year 2018.

The super talented Gita is the Economic Adviser to the Chief Minister of Kerala state. 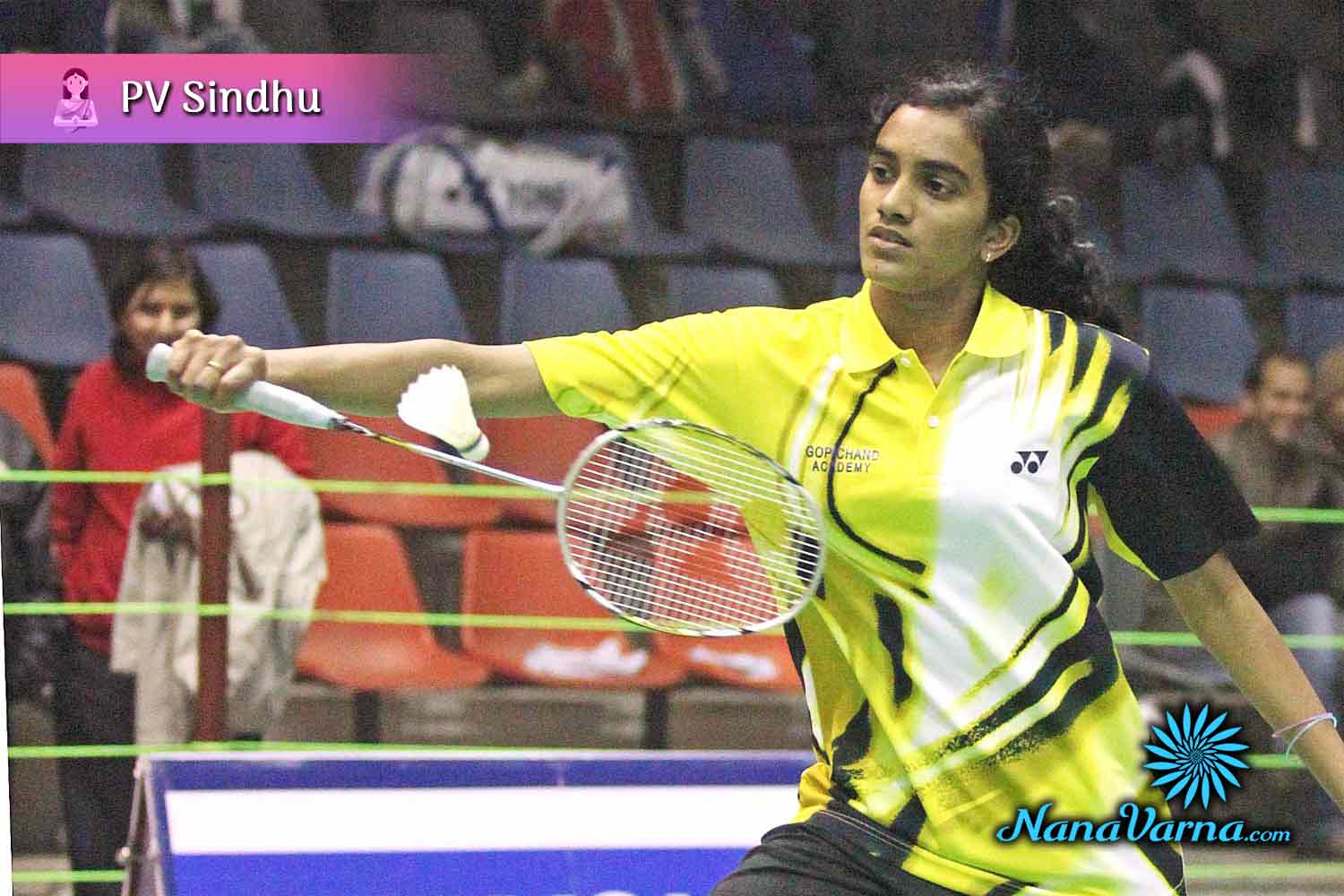 The 25-year-old eminent badminton player made her international debut in the year 2009.

She has won numerous medals in her sports career which includes the Olympics. Proudly, she was the first woman to win an Olympic silver medal.

The sports star was appointed as the Deputy Collector of Andhra Pradesh in July 2017.

She brought credit to the nation in the year 2019 when she won gold at the world championship. 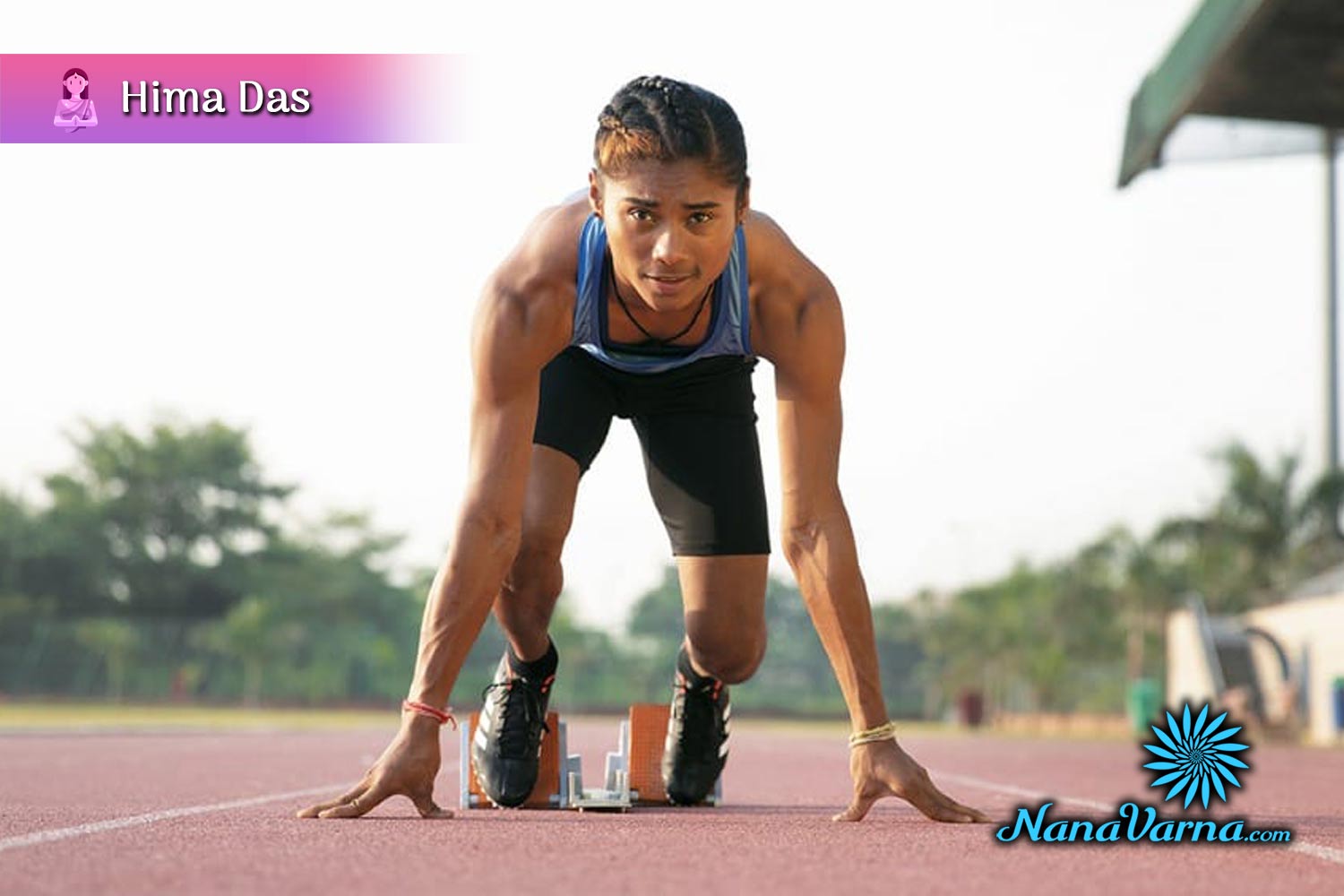 Hima Das, born in a small village near the town named Dhing in Assam has set a standard in the field of sports.

She is popularly known as “Dhing Express.”

The latest ‘golden girl’ of Indian Athletics is an Indian sprinter currently holding the Indian National Record in 400 meters with a timing of 50.79 seconds, recorded in the Asian Games in Jakarta, Indonesia.

The first Indian athlete to win a gold medal in the track event at the “IAAF World U20 Championships.”

Das was granted the Arjuna Award on 25th September 2018 by the President Of India. 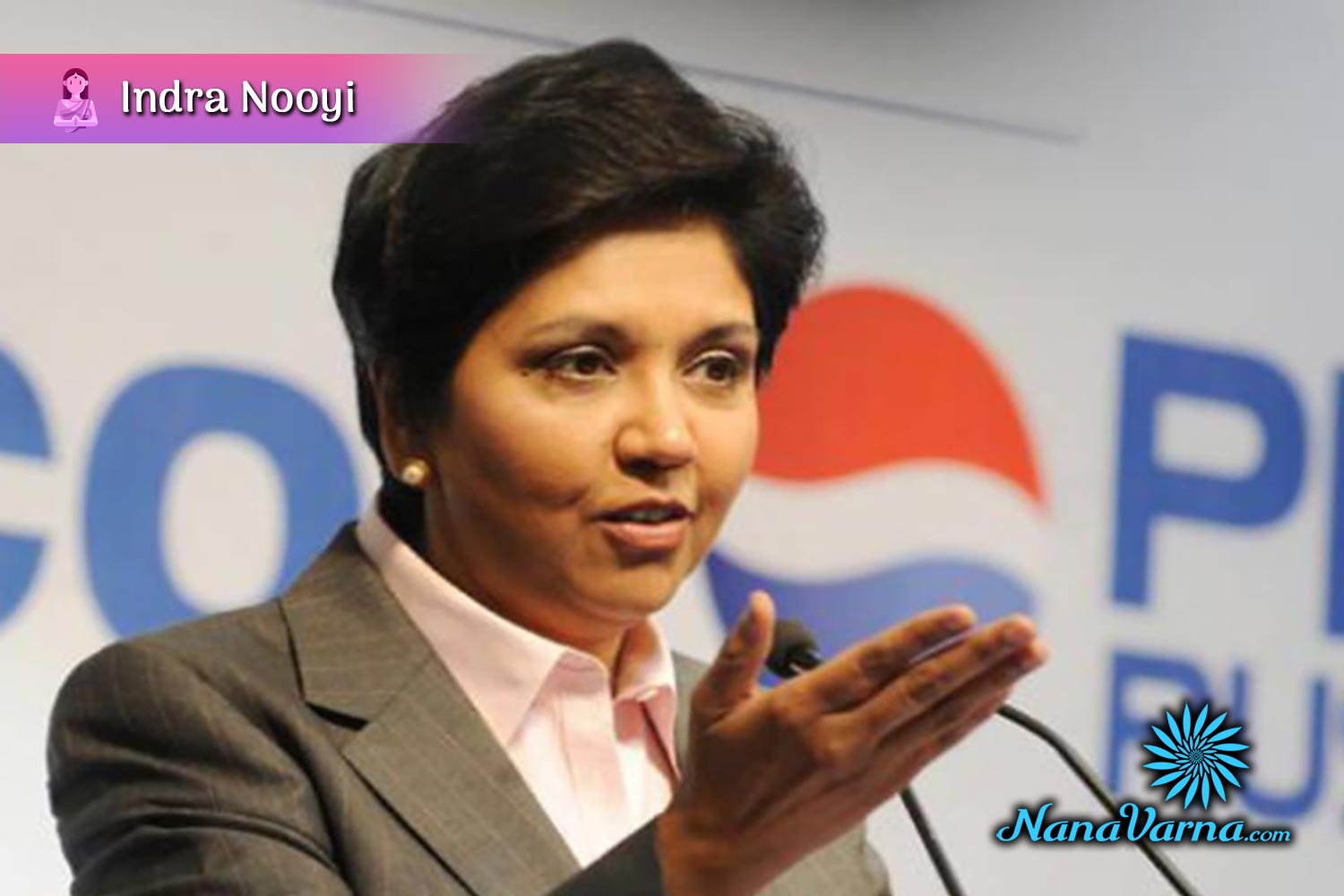 Indra Nooyi is the former chairperson of Pepsi Co.

Born in the year 1955 in Chennai she began her career as a Product Manager at Johnson & Johnson.

Indra is a celebrated face in the field of management and has been consistently listing her name in the list of top 100 powerful women of the world.

Nooyi was appreciated by the League of Women Voters of Connecticut with the Outstanding Woman in Business Award. 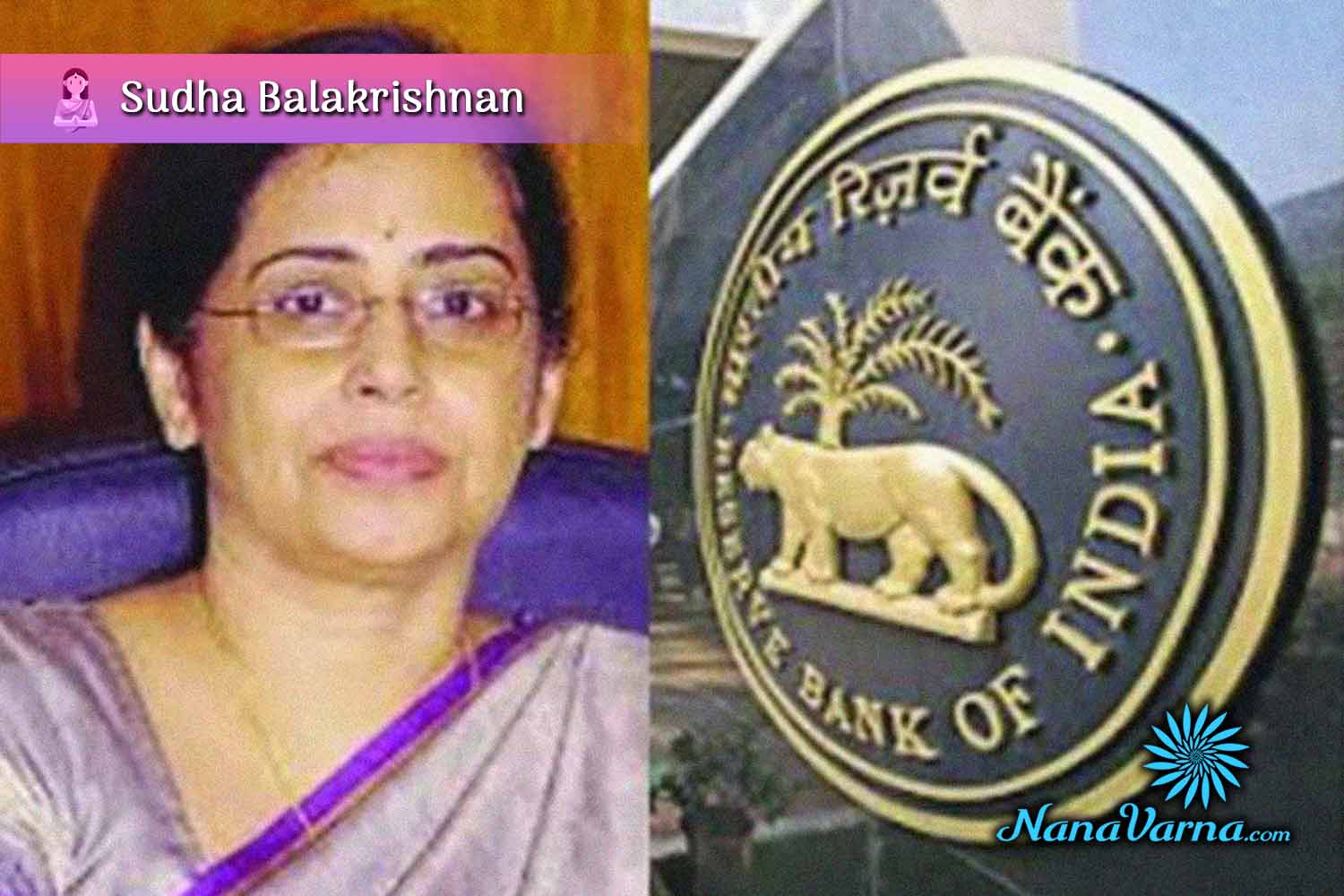 The Chief Financial Officer at the Reserve Bank of India, Sudha Balakrishnan has an important role to play in the strategic development of the Government of India.

She was formally deployed as the first CFO of RBI and the 12th Executive Director of RBI.

A chartered accountant by profession, Sudha was the Vice President at the National Security Depository which is said to be India’s largest depository. 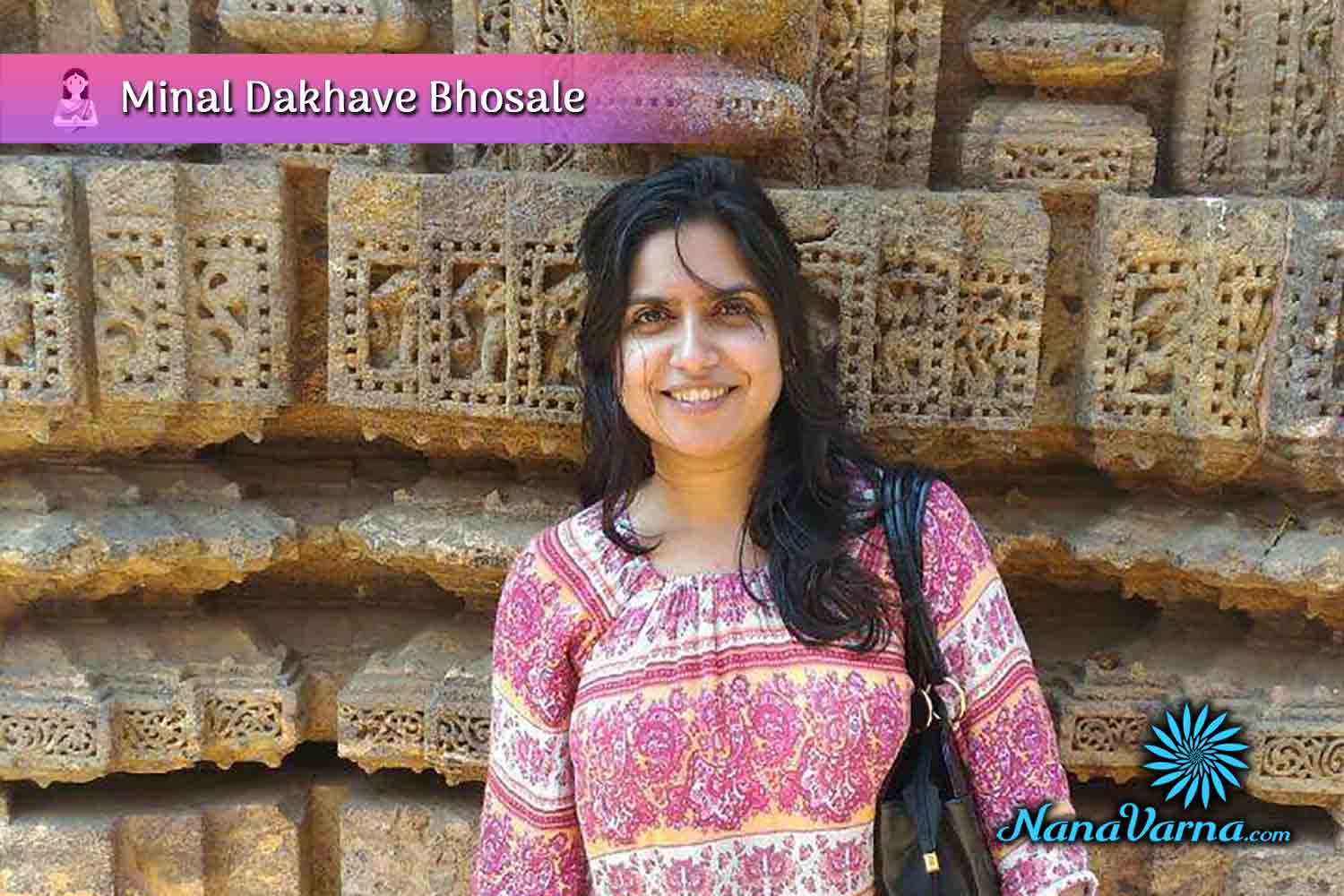 Minal, a virologist is the Chief of the Research and Development of Mylab Discovery in Pune – the woman who created India’s first COVID test kit!

She started working on a coronavirus testing kit in February when she was in the last stage of her pregnancy, setting aside her personal needs. Her efforts finally paid off and she was successful in inventing India’s first Coronavirus Testing Kit.

The courageous lady truly deserves a standing ovation from the entire nation for her hard work, commitment, and dedication! 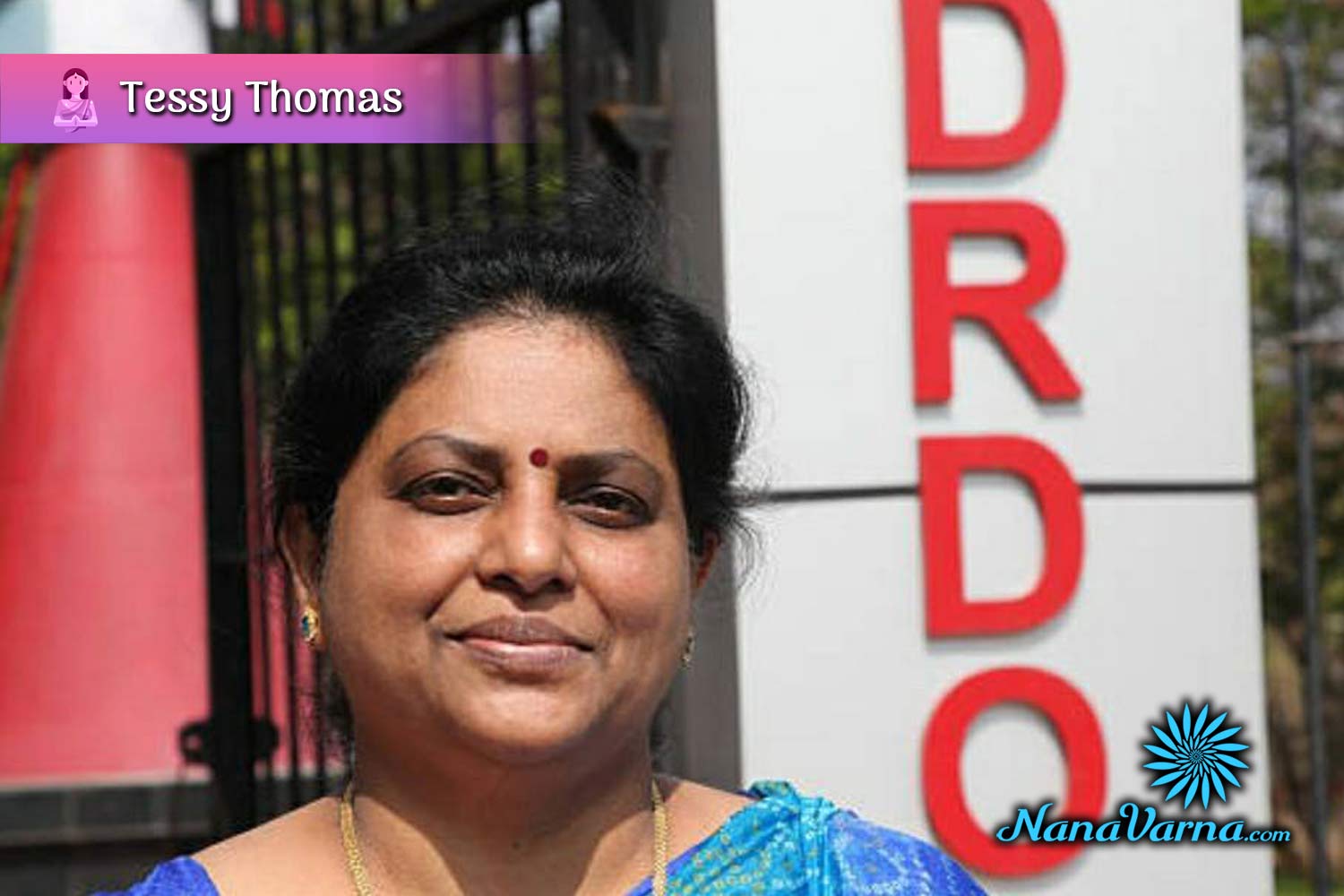 Tessy Thomas was named after Mother Teresa. (Tessy being a derivative of Teresa or Tressia)

She is the first woman scientist to head India’s missile project.

Tessy joined the Defence Research and Development Organisation (DRDO) in 1988 and is now an Indian scientist and Director General of Aeronautical Systems.

The former Project Director of Agni-IV missile in DRDO is the recipient of the Lal -Bahadur Shastri National Award for her contribution in making India self-reliant in the field of missile technology. 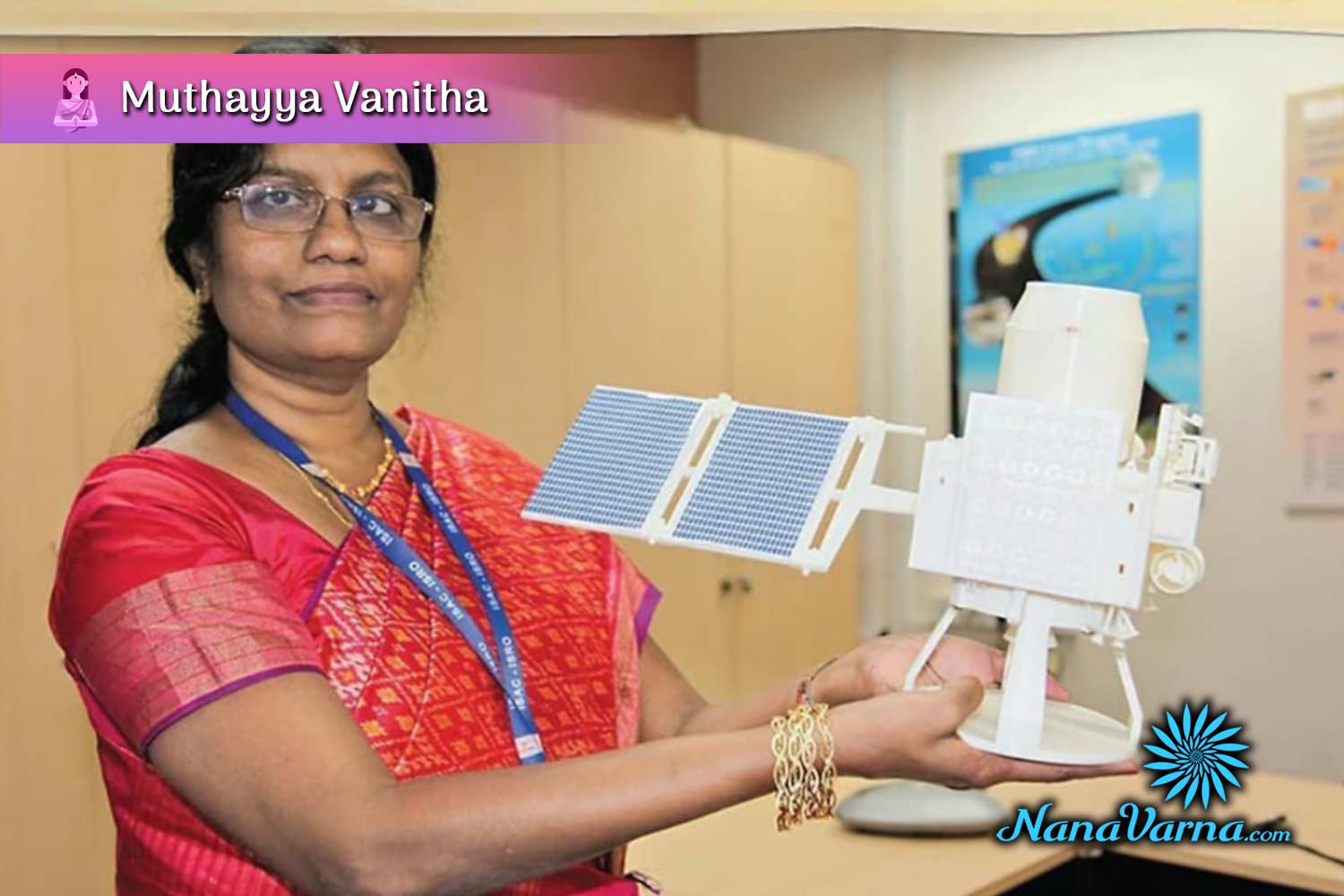 The Indian Electronics System Engineer who has led projects on satellites at the Indian Space Research Organisation was the Project Director of the Chandrayaan-2 lunar mission of the ISRO.

Vanitha, who joined ISRO as a Junior Engineer has been working in ISRO for over three decades.

She has worked in various departments including hardware testing and development.

Her slow and steady growth in the field of science earned her name and fame.

The brainy woman was awarded the best woman scientist in the year 2006 by the Astronomical Society of India.

Vanitha was among the list of 5 scientists to watch by Nature in the year 2019.

The Indian women achievers have indisputably excelled in every field and framed a unique standard – be it sports, finance, management, science, arts, law, or armed forces. They have touched every sphere, mastered, and made India proud!

The list of Indian women achievers does not end here. These are merely some of the many names that have left a mark in the pages of Indian history. There are many other names and most importantly we must not forget that every Indian mother who stays at home raising her child to be one of the famous personalities in the later future is an Indian woman achiever. They cannot be left behind as they are the pillars in carving the face of the future.

Come, let’s pay our respect by saluting these wondrous women who taught us to surpass our boundaries and reach the sky walking through the diversities of life!

She wanted to paint her thoughts, but she was bad with colors and brushes. So she picked up a pen. She believes, we all make our series of short stories through the incidental incidents of life. All her life she has ventured in different directions, and collected stories.

A small-town girl from West Bengal grew up to be a professional writer after she decided to make her passion into her profession in 2018.

A caller turned HR Manager turned author, she has had a colorful life all throughout.
And, here she is to splash colors in the lives of her readers with her writings.