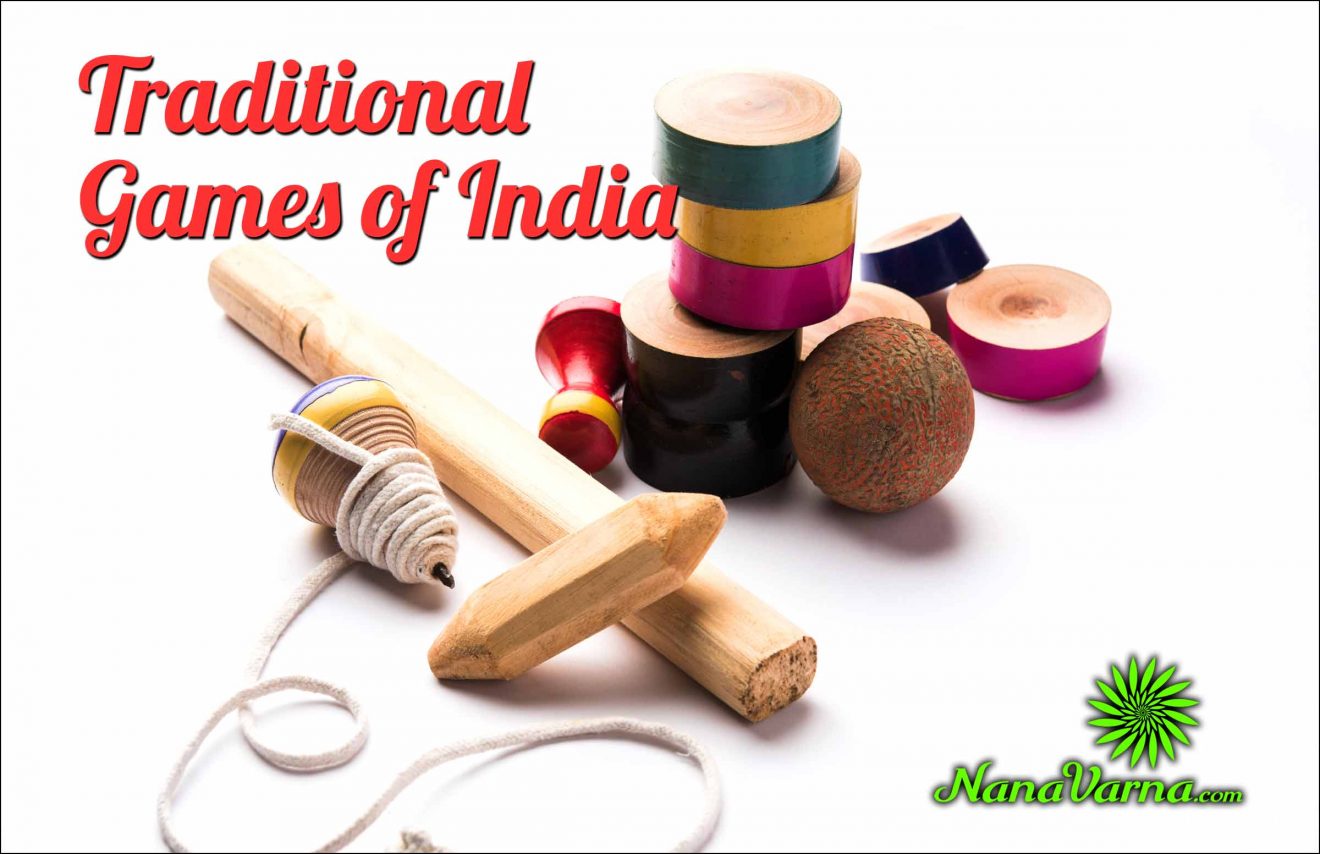 India, a country known for its inventions of Zero, Ayurveda, and Yoga, hones the richest culture of traditional games. The traditional games of India are reflections of the social, cultural, economic structure, and variations of the country. Archeologists have discovered relevances of dice, board, and coins playing that date a few thousand years back.

There are many stories of games attached to Indian mythology. For instance, in Mahabharata, Yudhishtira lost his kingdom as he was defeated in the game of dice. In Ramayana, Sita played the game of solitaire using seeds of trees when she was kidnapped by Ravana. It is believed that Lord Krishna used to play Hamama, or the modern-day Kabaddi, with his friends.

If we look back at history, we can see the slices of traditional games in India. Like, the great Mughal Emperor Akbar has played the game of Chaupad on a life-size board and in that game, beautiful women, instead of coins, moved from one space to another. How different, isn’t it?

Many games that are commonly played today come from ancient India. Snakes and Ladders are considered as a variation of Parama Padam or Moksha Padam. Again, the antecedent of Chess known as Chaturanga emerged in the seventh century in India. Kabbadi and Kho-Kho are among the traditional games of India that touched the taste of popularity after 1857’s mutiny.

Some of the traditional games of India have preserved the popularity even today and are played gracefully at competitive levels, while many of them have almost lost their existence.

Let us introduce you to the 12 most popular traditional games of India:

The initial name of Chess is ‘Ashtapada’. Later, it was in the Gupta Empire, it was famously called ‘Chaturanga’. Again, Persians who travelled to India adopted the game and started calling it ‘Shatranj’. During the Indus Valley civilisation, the archeologists found traces of games that are similar to Chess. With the advent of the British, the popularity of chess increased manifold. India, today, has acquired an important place in the game of chess. 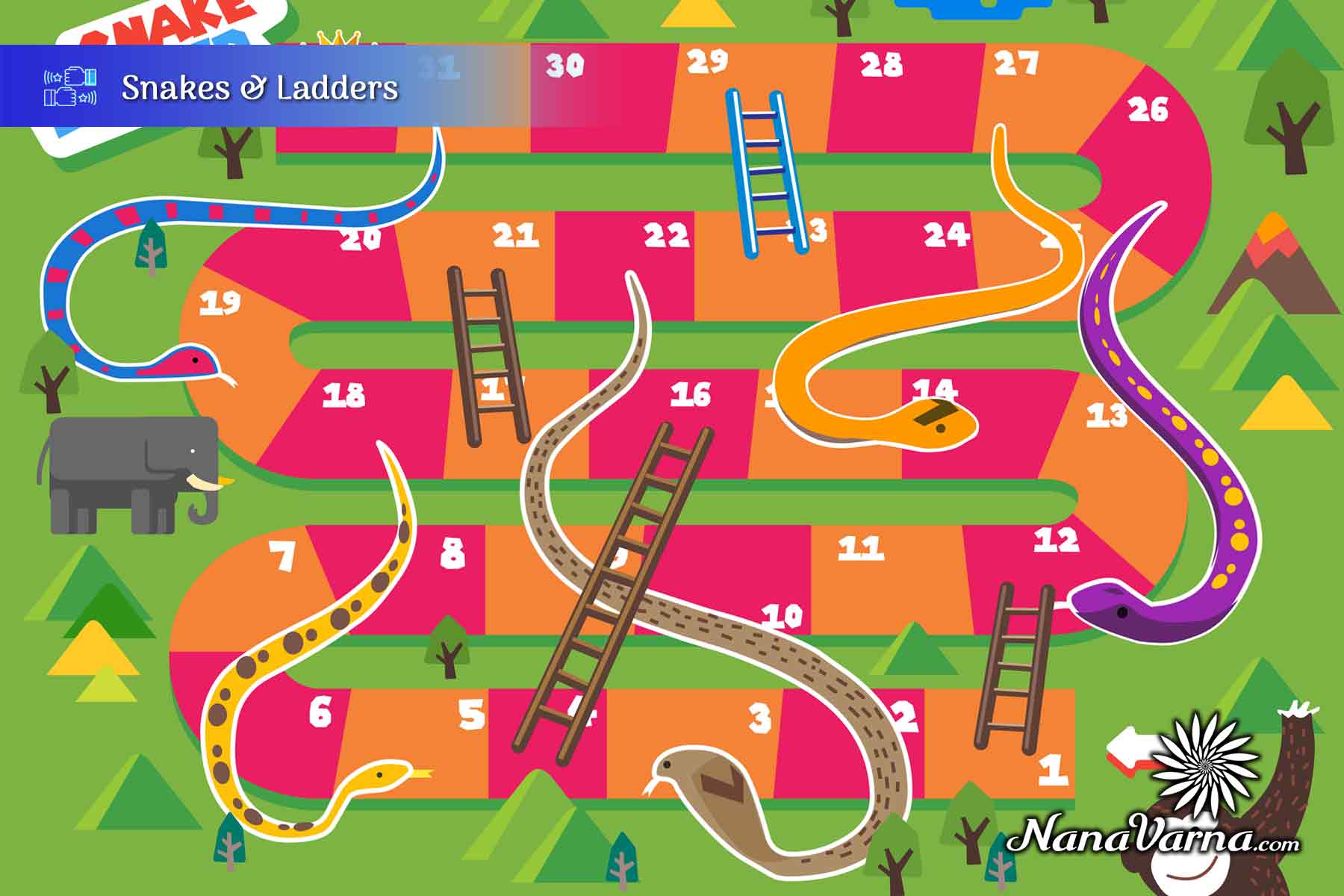 Snakes and Ladders is one of the traditional games of India that appeared as a game of morality. In ancient India, this game was known as ‘Gyan Chaupar’ which gained worldwide popularity during the British period. 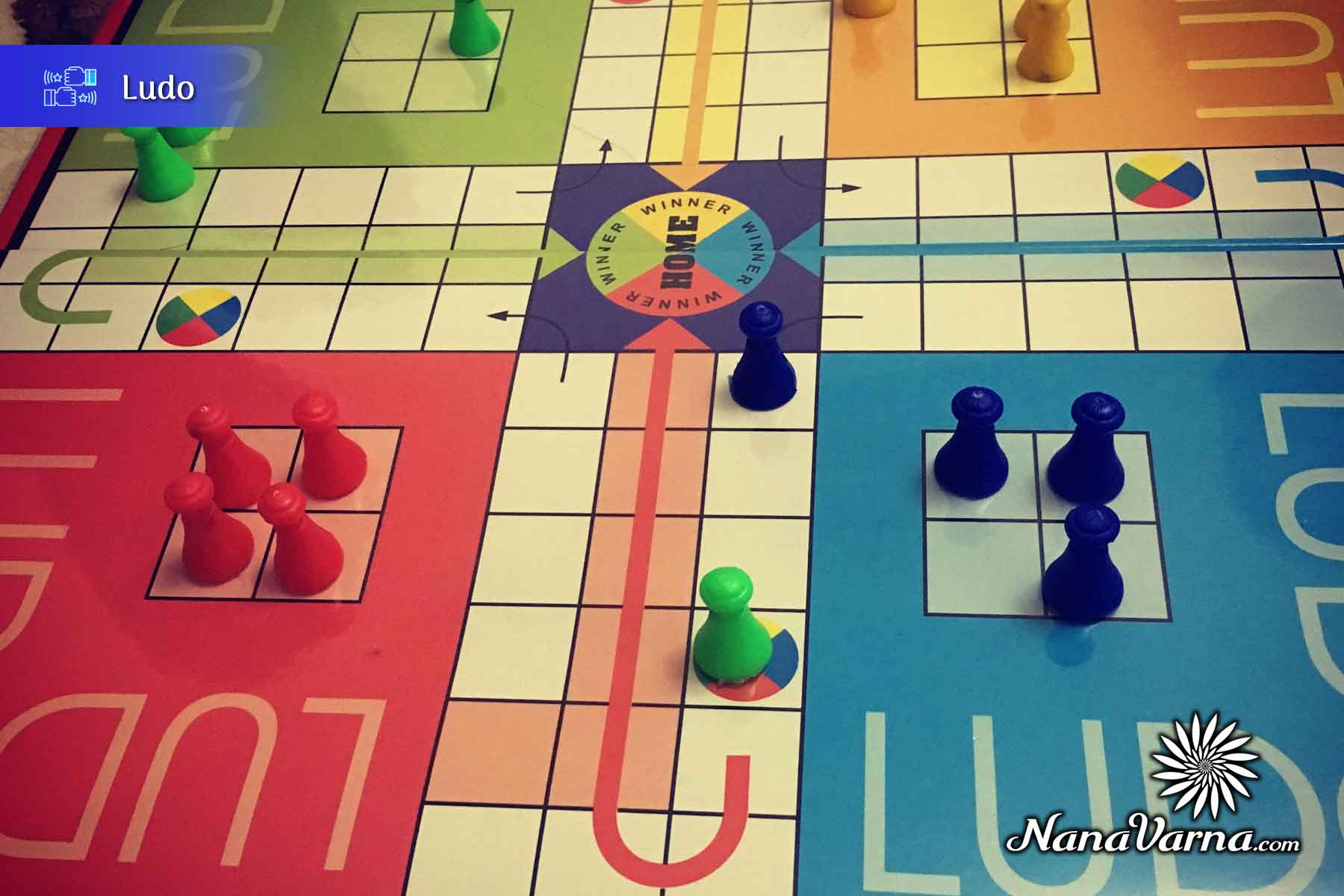 This game evolved from an extremely ancient game named ‘Chausar’ that was believed to be played by the Pandavas and Kauravas. Besides, there is another belief that it was first played during the 6th century and was called ‘Pachisi’. According to historians, the depiction of Ludo has been found in the caves of Ellora. The Mughals, including Emperor Akbar, had cherished playing Ludo. At a later time, it was modified by the Britishers with the introduction of a dice cup for using the cubic dice, and then, this game was patented as ‘Ludo’ in England in the year 1986. 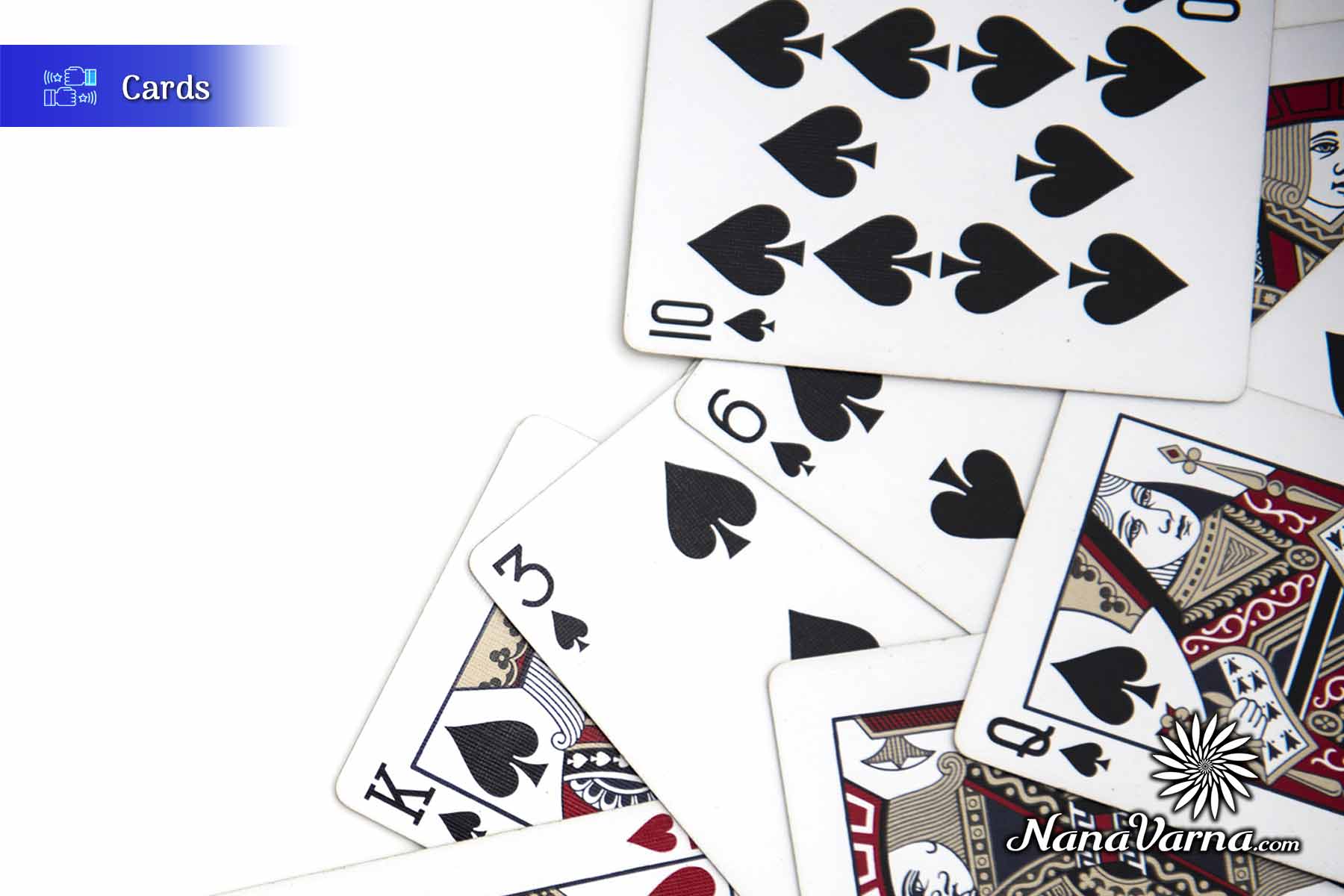 In India, the most common pastime is playing cards. Indians often play Bridge, Rummy, Bluff, and other card games. The card games took its form in India in the 16th century. The Mughal Emperors introduced them and it was then called ‘Ganjifa’. The game involved luxurious sets of cards produced from tortoise or ivory shells, ornamented with various precious and expensive stones. 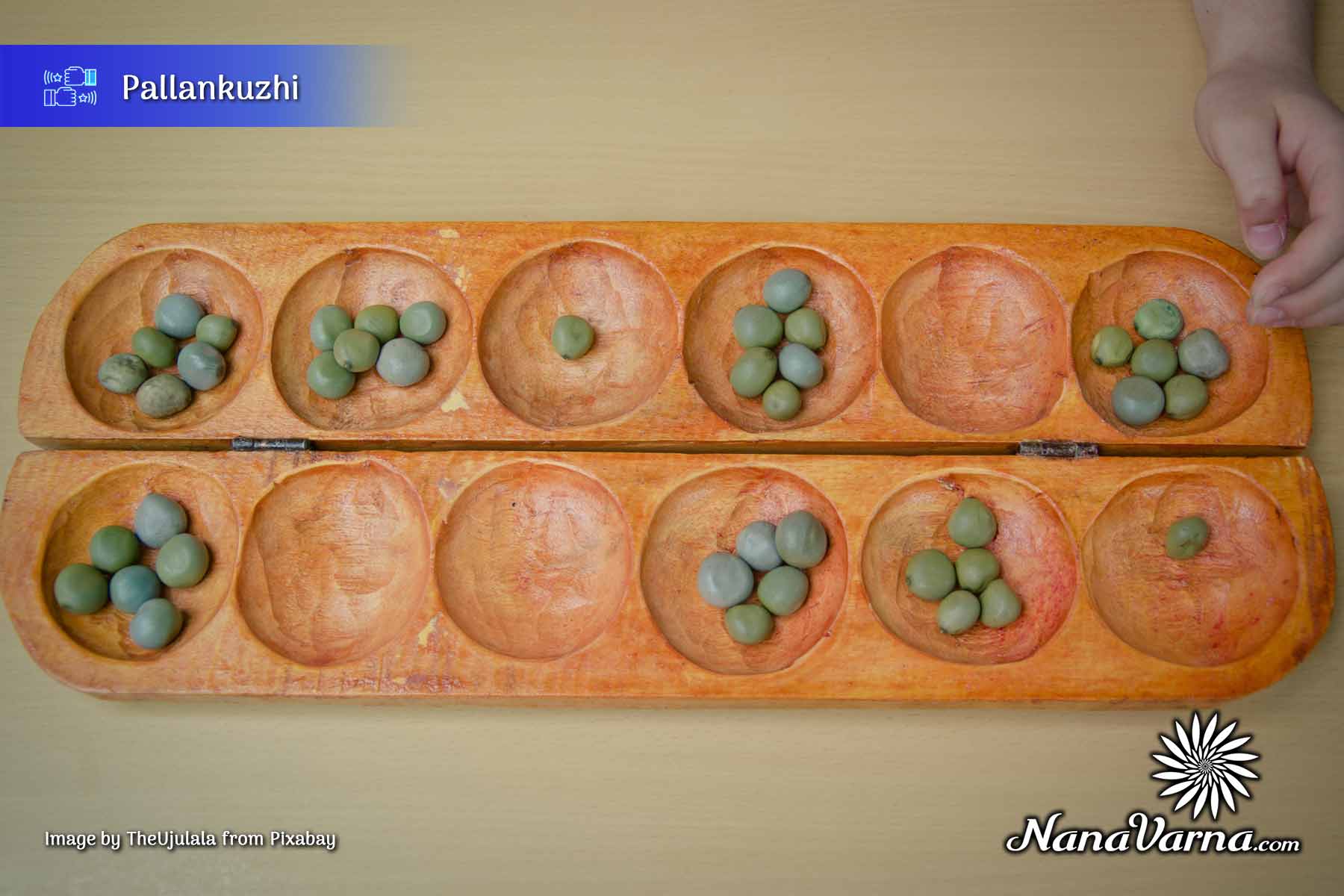 Pallankuzhi, a two-player game is one of the popular traditional games of India that was predominantly played in the southern part of the country. It is opined that this game has its origin in Tamil Nadu and thereafter spread to Karnataka, Andhra Pradesh, Kerala. Sri Lanka and Malaysia are the two nations, outside India where it was played. This game is known as ‘Kuzhipara’ in Malayalam, ‘Vamana Guntalu’ in Telugu, and ‘Ali Guli Mane’ in Kannada. The game is played on a rectangular board that is divided into seven vertical columns and two horizontal rows. The board has 14 cups and 146 counters. Tamarind seeds or cowry shells are used as counters. 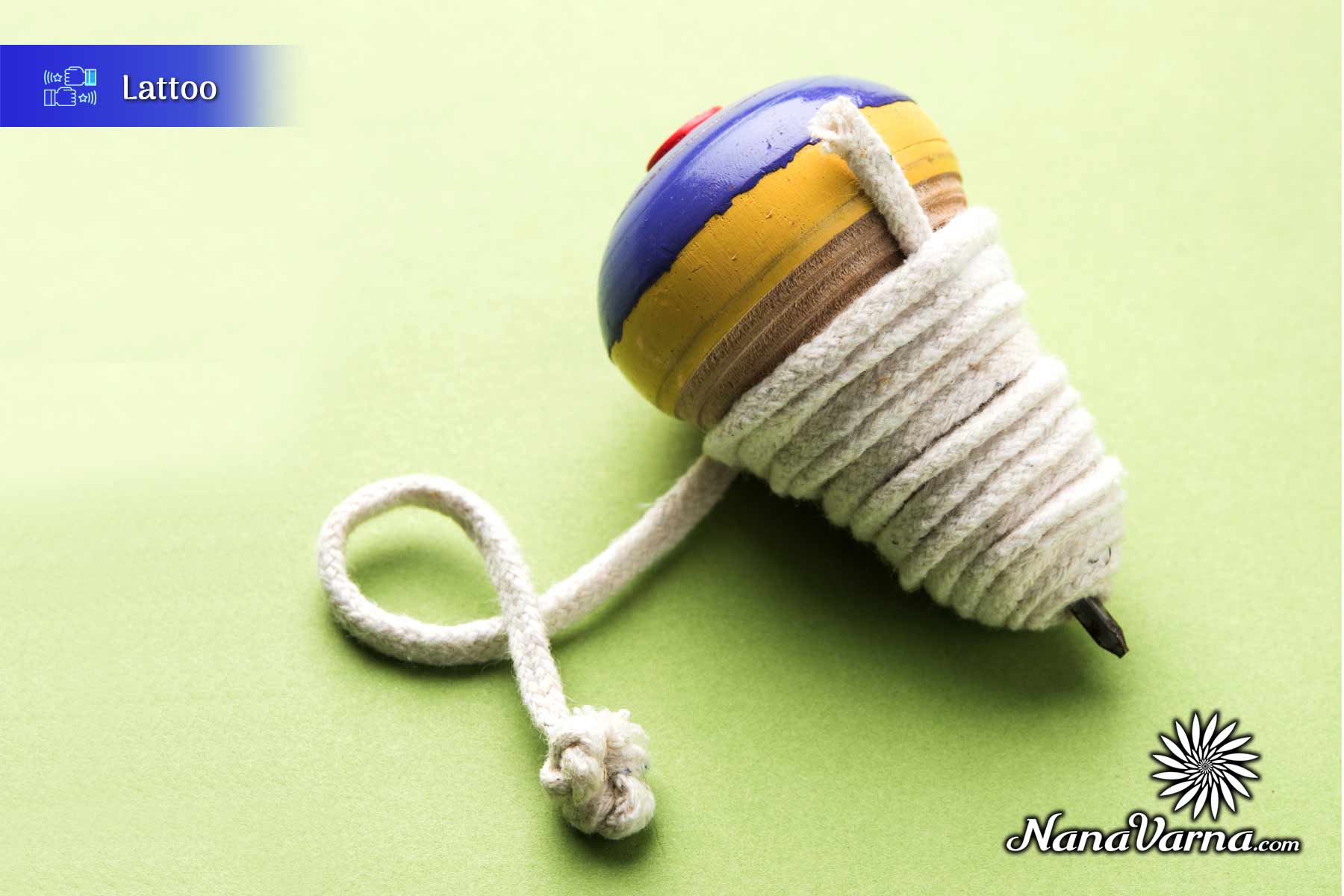 Lattoo (spinning top) is predominant in India since ages. The first existence of Lattoo was observed in 3500 BC. Initially, the tops were produced from clay. After that, wooden tops came into the forefront. Nowadays, designer and coloured tops have come to light. A string is included that lets the top to spin and lift it up. Two or more players are allowed to play at a time in which they are supposed to wrap their tops with a string and then pull the string to unwind the top to make it rotate on the ground. The players have to pick the top really fast, with the help of the string. And the winner’s top is supposed to spin the longest. 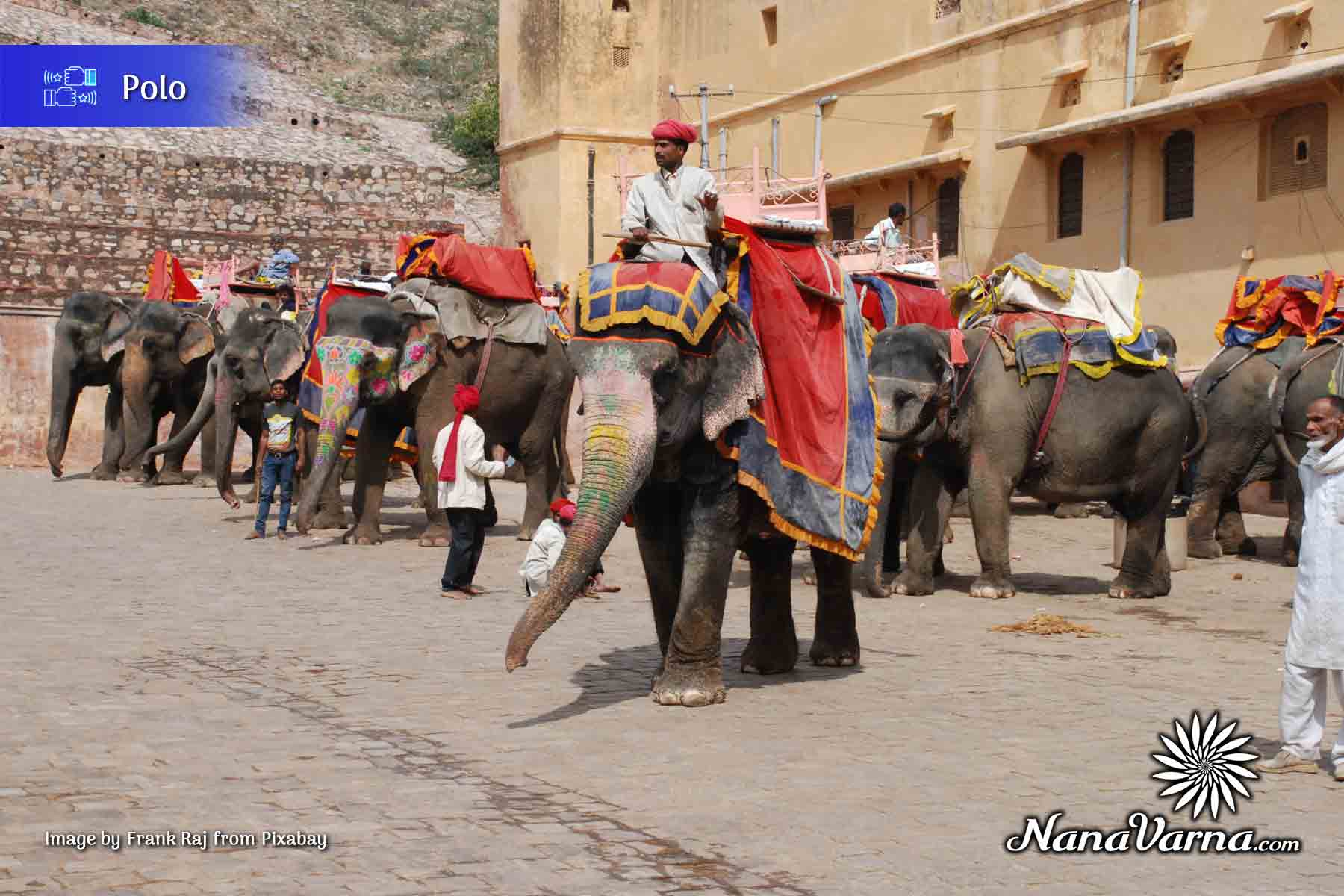 This game is known to have originated in Manipur. There is evidence that the monarchs of ancient India enjoyed ‘Elephant Polo’ for leisure. History has mentioned that the kings belonging to 33AD in Cheitharon Kumpapa court had entertained themselves with Polo. Subsequently, the British propagated the sport and it has earned its fame all over the world, since then. 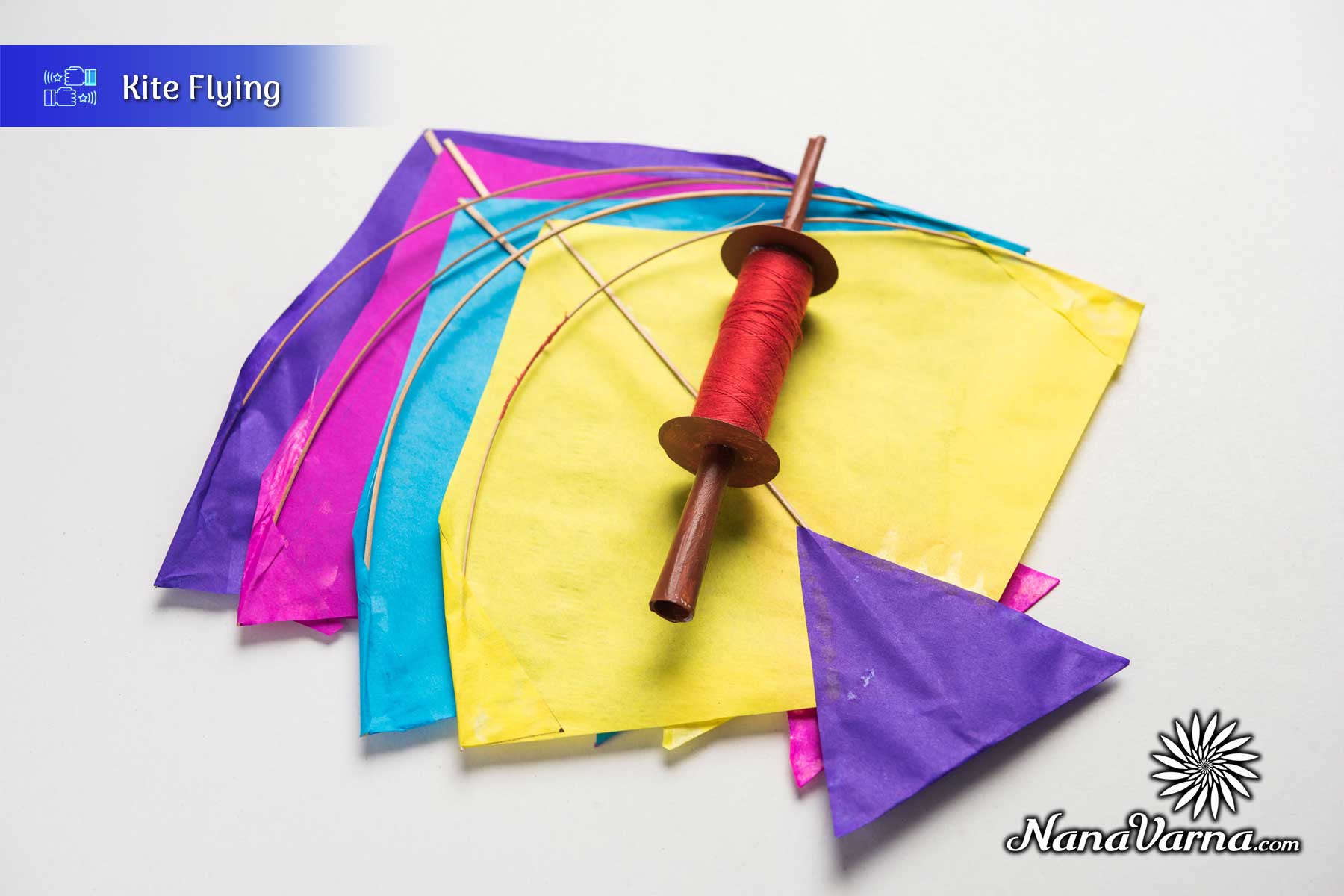 Kite Flying is one of the popular traditional games in India. Even today, the kite flying festival is celebrated in many states. It is widely observed in India, especially in Gujarat and Jaipur, on the eve of ‘Makar Shankranti’. 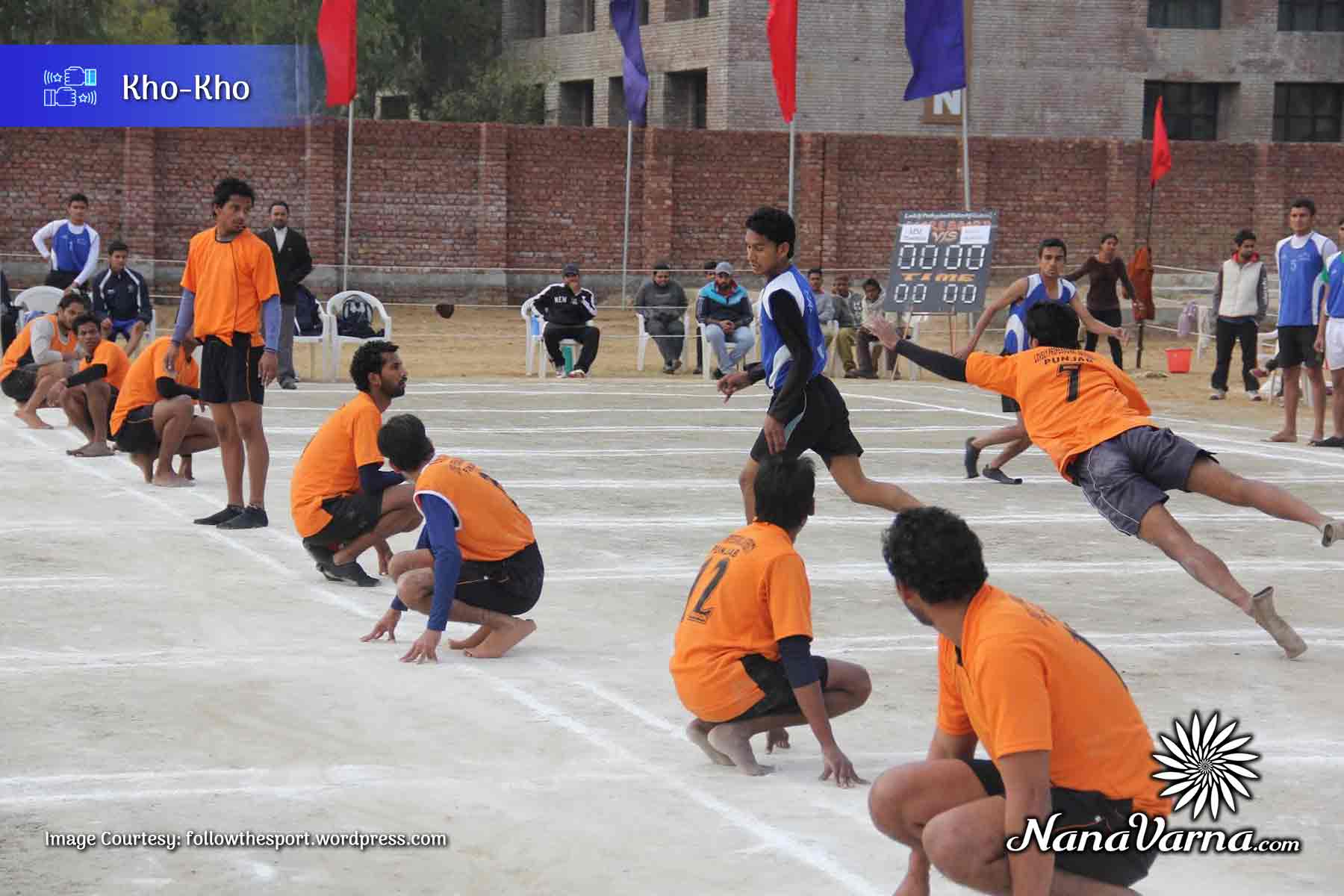 Among the traditional sports of India, Kho-Kho, having its origin in India, has confirmed its name. In ancient times, this game was renowned because of the run and chase involved. It was primarily played on the chariots or raths. The emperors addressed it as Rathera. The Akhil Maharashtra Shareerika Shikshan Mandal brought certain rules of Kho-Kho in 1935 and was favoured among the commoners. It is a team game involving two teams with nine participants in each team. 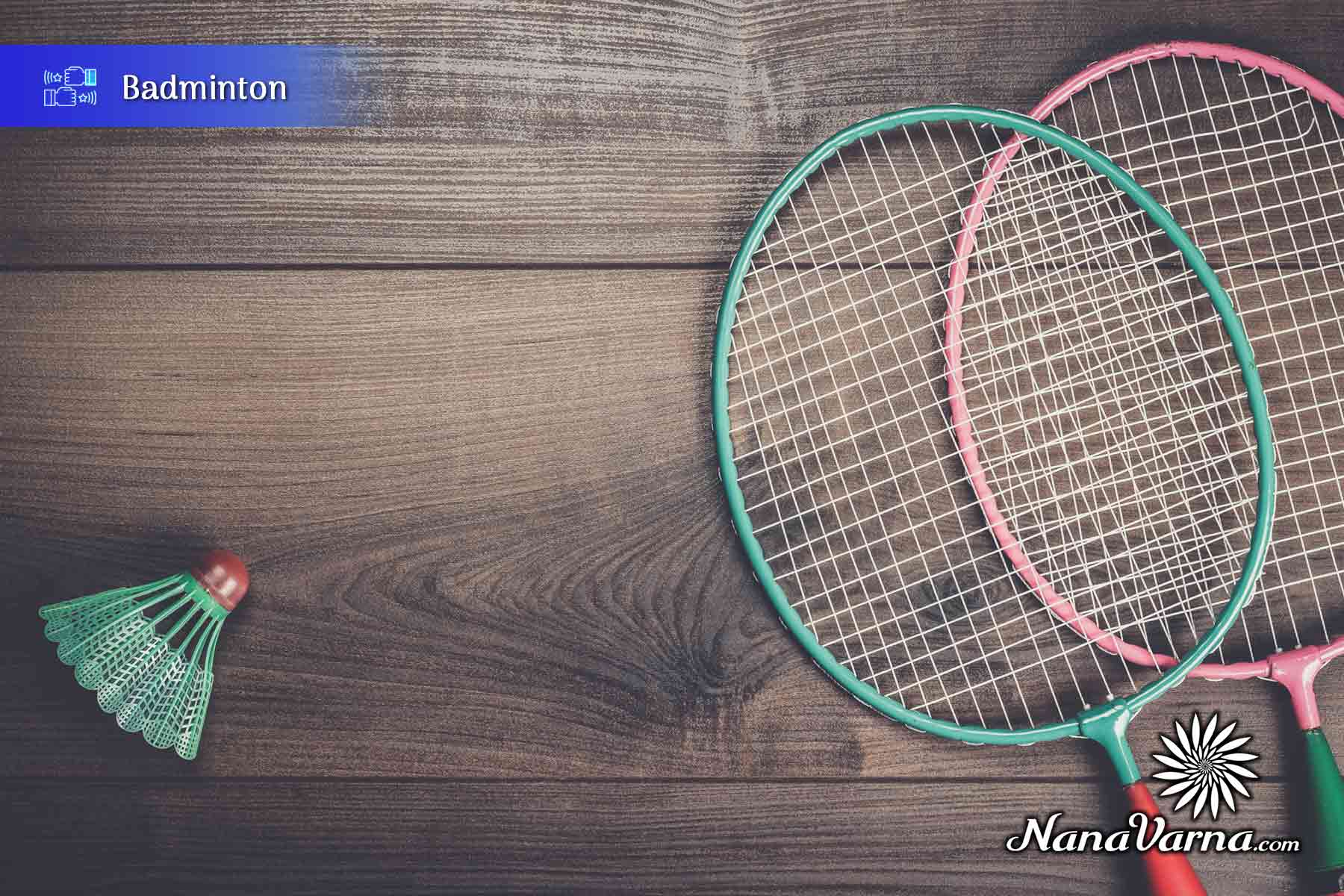 The modern badminton that we see today was, in reality, born in India. The Britishers opened the modern version of badminton. They mastered the game by 1870 and took the legacy back home. The funniest part is that the British were so impressed with this particular game that they claimed that it had its beginning in Europe in the year 1873. 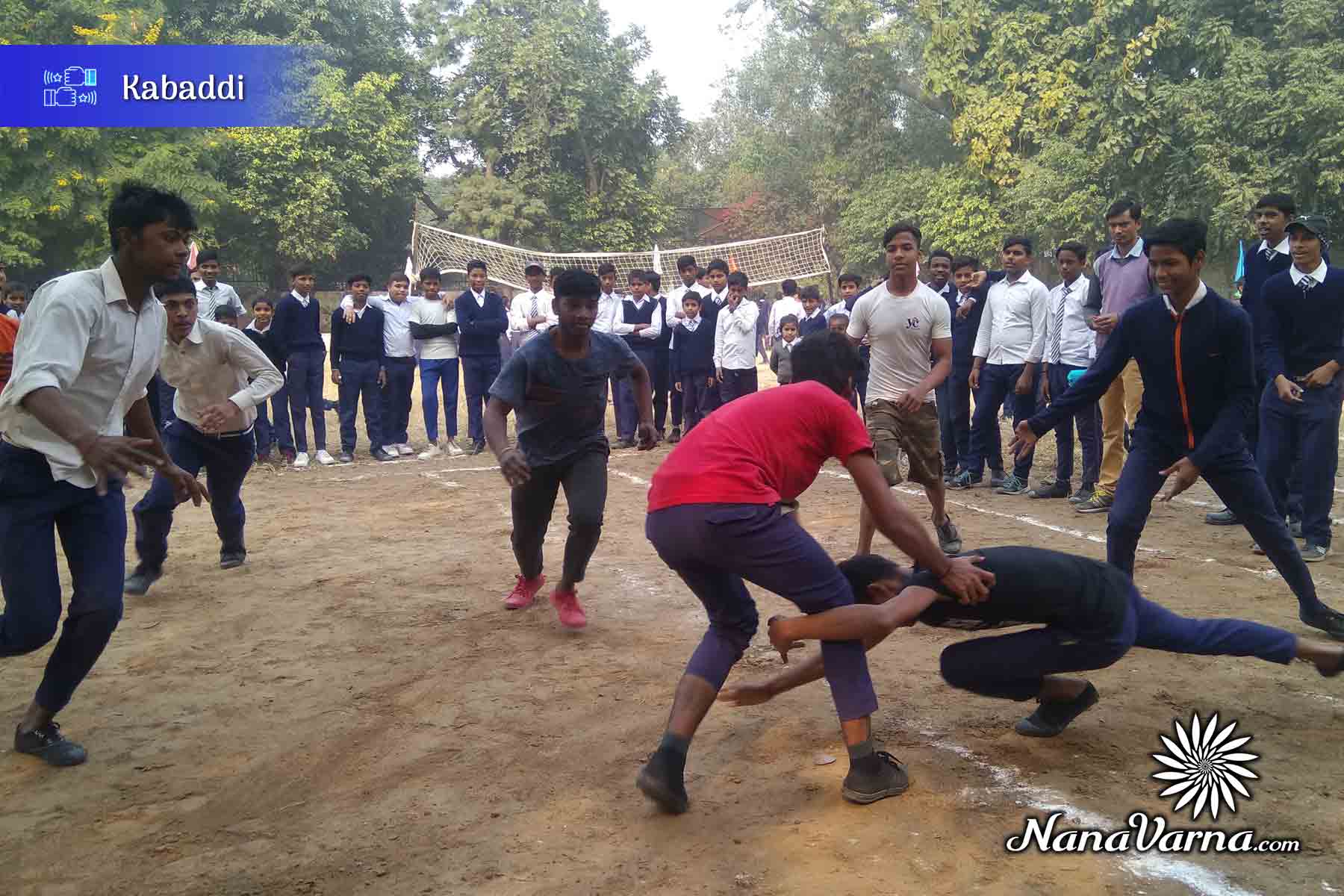 This is a 4000 years old game that stemmed in Tamil Nadu. In India, it is recognised in five forms which are: Suranjeevii, Amar, Goongi, Gaminee, and Circle. It is a zero equipment team sport. The Hindi meaning of kabaddi is ‘holding the breath’. Two teams of 7 to 12 members in each play this game. Kabaddi has become a known name in every Indian household after the event of the Pro Kabaddi League that took its shape in India. 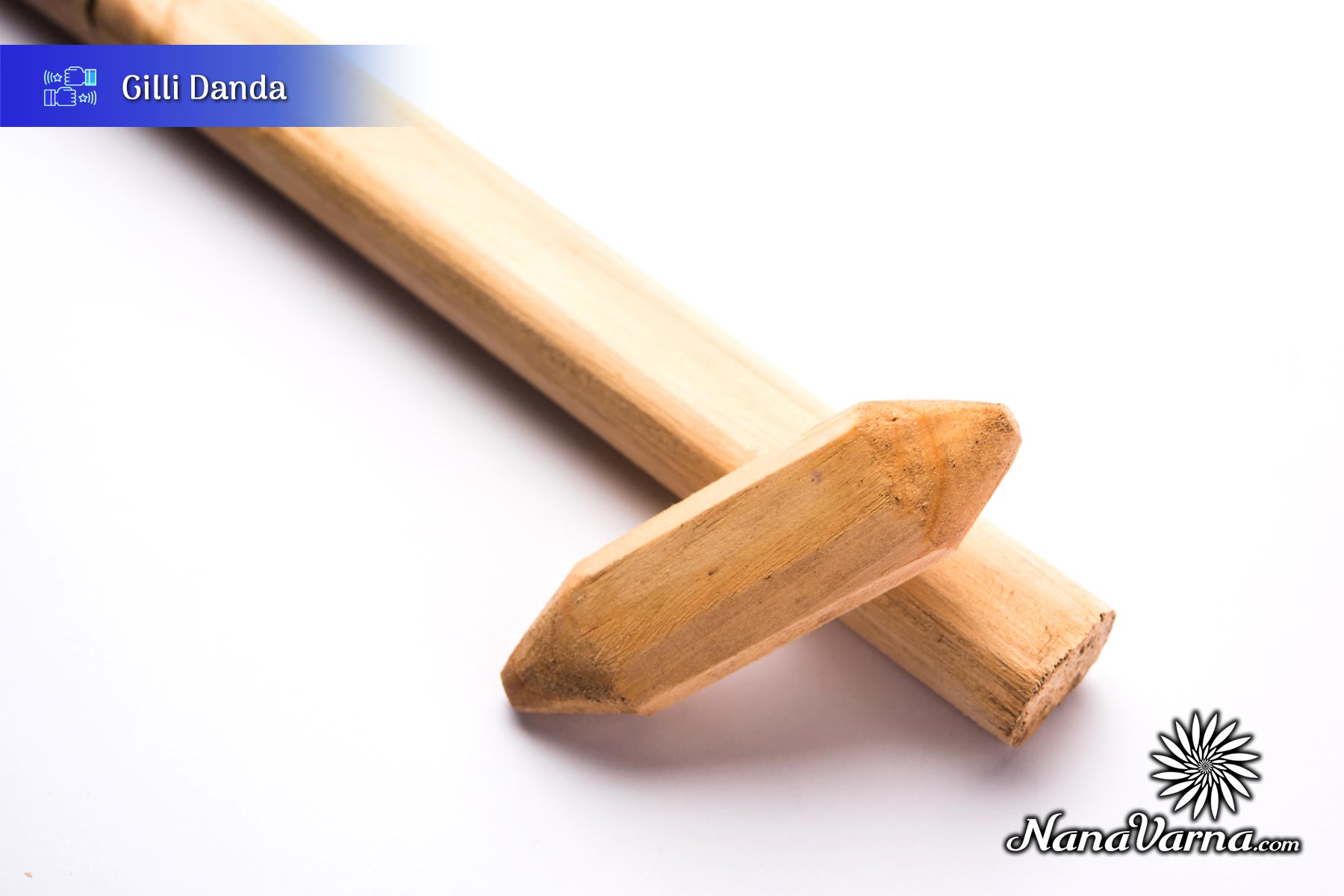 This game is also known as Lippa. It is an older version of modern cricket and baseball. Two unevenly sized sticks are required to play this game. The shorter stick is called ‘Gilli’, and the longer one is called ‘Danda’. Currently, this game is played mainly in the villages of India. The objective of the game is to use the Danda to strike the Gilli and flip it in the air. There can be multiple participants at a time.

The most promising aspect is many of the current Olympic disciplines are nothing but the advanced versions of the ancient traditional Indian games of speed and strength.  It is quite unfortunate that India, despite being the birthplace of various traditional games that are leading the world today, is at a very low level, in comparison to the other modern games happening in different countries.

Two major reasons are behind this unsatisfactory situation. One is a lack of encouragement, and another is the absence of promotion by the government. The traditional games of India are among the best things that blessed our rich culture. Hence, it is absolutely necessary to nurture them with a fine blend of past practices and new-age innovations.

Traditional games have an abundance of benefits to offer for the modern generation throughout the world. The present-day children and youngsters globally can develop their social skills, physical strength, mental soundness, togetherness, imagination, calculative capacity, timing, competitiveness, creativity, brotherhood, and much more! Overall, these games stimulate both the intellectual and physical well-being of the players. Plus, the exciting games will undoubtedly provide them freedom from the strict, monotonous, gadget-induced life.

To conclude, we must make the current generation know about our culture and tradition along with the new age concepts. It is essential to inform them about the roots that they must be proud of. They can connect with our rich heritage by playing the traditional games of India that will empower positivity in them.

Sports, both indoor and outdoor, serves as a fine connector between countries, socioeconomic status, etc. The traditional games of India are potential enough to bind people emotionally. Practicing these games can strengthen the bond among the members of a contemporary family. The new generation, with intimate family relationships, can perform well in other aspects of life. The traditional Indian games, thus have the power to foster Unity in Diversity!

Bose R, a martial artist and a writer has finely mingled her knowledge of sports, fitness and health with her magical skills of writing. Not only this, she is a nature lover who travels a lot to explore the unexplored. She has a knack of rescuing stray, abandoned and needy animals and take their responsibilities. She is in social work from her school days and she follows one religion religiously that is "Humanity."